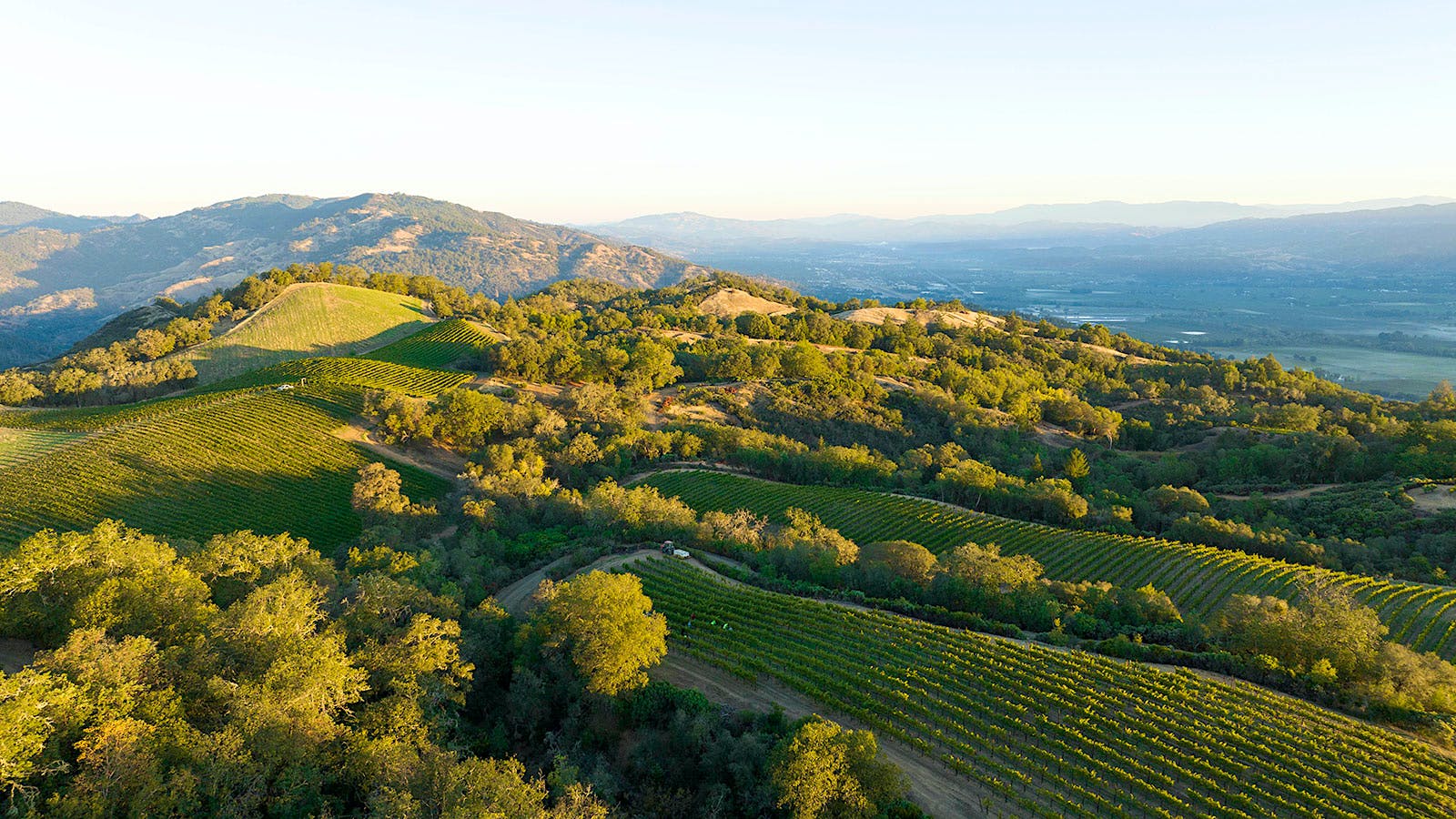 Giving a big boost to the eco-friendly and socially conscious farming approach known as regenerative agriculture, Mendocino County-based Bonterra Organic Estates is releasing a new tier of wines, its first bearing the Regenerative Organic Certified (ROC) logo. The company, which changed its name from Fetzer last year, is the largest vineyard holder to date to earn the ROC designation, and these wines will be available nationally and in some international markets.

“We can talk about farming all day, but now we actually have a product behind it that can speak to it,” said Joseph Brinkley, director of regenerative farming for Bonterra Organic Estates.

The new Bonterra Estate Collection’s first wines include a 2021 Chardonnay from Ledford Ranch Vineyard and a 2021 Cabernet Sauvignon from Bonterra’s Butler Ranch; both are priced at $22. The company has produced 7,000 cases of the Chardonnay and 4,100 of the Cabernet, which could provide a chance for the ROC logo to gain recognition among a wider set of wine consumers.

And since these are the first wines from Mendocino County to carry the ROC label, Brinkley also hopes it will earn the region more recognition. “Mendocino has amazing fruit and great wines but it hasn’t gotten the same traction as some neighboring counties,” he said. “This is a great way to demonstrate to the consumer what Mendocino can do, but at a reasonable price point.”

While many regenerative farming methods are old, such as grazing animals on the property and planting cover crops between vine rows for better soil health, the certification itself is fairly new. The project kicked off in 2017 when the Rodale Institute and companies such as Patagonia and Dr. Bronner’s co-founded the Regenerative Organic Alliance, with the aim of creating a higher level of organic certification—one that is more comprehensive and stringent than the USDA Organic label—that covers a wide range of agricultural-based products.

The ROC program starts with organic certification as its baseline, with no synthetic fertilizers and pesticides permitted, and then layers on additional requirements around three pillars: soil health and land management, animal welfare and farmer and worker fairness. There are three tiers—Bronze, Silver and Gold—based on the number of practices addressed and at what scope. Bonterra earned the Silver level for its winery and all of its vineyard holdings, which include 850 acres of vines in production, in late 2021.

The ROC Silver level logo appears on the back label of the new Bonterra Estate Collection wines, along with other environmental certifications. (Courtesy of Bonterra Organic Estates)

“To me, one of the pieces that gets overlooked is the social pillar,” said Brinkley. “We’ve been focused for a while on how we are treating our soils, but it’s critical that we are treating our people well too. You can’t be regenerative without making sure your workers are paid a living wage, that they have a grievance process.”

But the reason regenerative agriculture has recently captured the attention of so many is its ability to sequester carbon in the soil. “Agriculture is one of the only industries that has the capacity to help mitigate the climate crisis,” said Brinkley. “In my mind, it’s magic that photosynthesis takes air and light from the sun and creates food for all things and, in so doing, it’s taking excess carbon in the atmosphere that’s causing an issue for us and turning it into fertile soil, feeding the microlife in soil and creating a resilient farm system. That blows me away every time I think of it. We didn’t need some super-smart person to figure out technology to do this. This is plants.”

Since Tablas Creek became the first U.S. winery to earn the ROC vineyard certification in 2020, the Regenerative Organic Certified program has slowly been picking up steam. “Regenerative farming” has become a buzzword in the viticulture community, particularly at West Coast estates that had already been farming with a variety of organic, biodynamic and sustainable practices.

“For me, the main difference is that sustainability is doing less harm, while regenerative organic is doing good,” Giancarlo Bianchetti, CEO of Bonterra, told Wine Spectator. “That is the shift, that’s why it’s more challenging and more difficult.”

Among the other wineries and vineyards that have earned the ROC designation in the past two years are Medlock Ames and Truett Hurst in Sonoma County; Neal Family Vineyards in Napa Valley; Villa Creek in Paso Robles; Troon Vineyard in Oregon, and Domaine Bousquet in Argentina—the first outside of the U.S. More are expected to soon announce they have achieved certification.

Since its first organic vineyards were planted in 1987, Bonterra’s name has become synonymous in the wine industry with eco-friendly practices. With its extensive land holdings, the company has helped demonstrate that organic viticulture need not be limited to small sites and boutique wineries. Five of the company’s vineyard estates, including Butler Ranch and its home estate, McNab Ranch, are also certified biodynamic by Demeter USA.

Having animals graze vineyard properties helps improve soil and vine health, as they fertilize the soil, control weeds in lieu of pesticides and compact the soil less than machines that would mow or till cover crops. (Courtesy of Bonterra Organic Estates)

Bonterra originally was a label under the portfolio of Fetzer, which was founded in 1968; the Fetzer family sold the company to Brown-Forman in 1992. By the time Chilean wine giant Concha y Toro purchased it in 2011, Fetzer was one of the largest wine brands in California, as well as one of the largest bottling wines from organic and sustainably farmed grapes. Now the Bonterra name has subsumed the Fetzer brand (which still continues), as the company decided last year to put its organic identity front and center.

While 100 percent of Bonterra’s estate fruit is now ROC, Brinkley acknowledges that he would like to earn the Gold level certification in the near future. But for now, the next step is for Bonterra to encourage the growers it buys from to consider adopting the methods and earning the certification, a process it has already gone through with organic conversions. “We’re not necessarily trying to tell everyone that’s not doing it our way that they’re doing it wrong,” said Brinkley. “But we want to be a strong proponent. It would be fantastic if we could continue to bring more labels and brands into this program. … We’ll model the way.”

“It’s not just about our brand,” adds Brinkley. “We’re promoting this whole farming system and other brands and farmers behind it. We’re trying to elevate the wholeness of regenerative organic.”