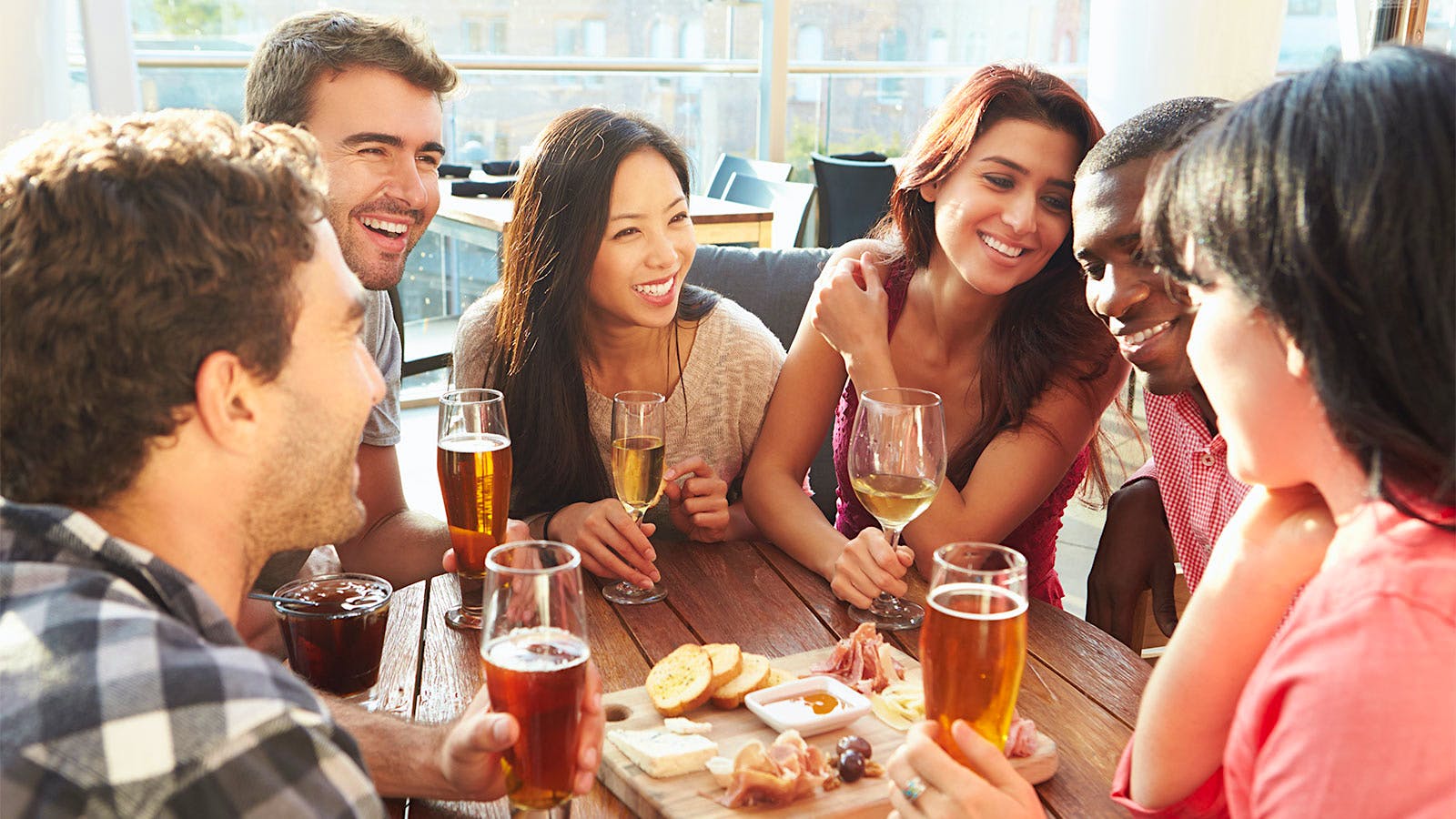 A stroke occurs when blood flow to the brain is reduced or stopped, or when a blood vessel bursts inside the brain. In either case, the brain is prevented from getting oxygen and nutrients and brain cells begin to die in minutes. There are over 12.2 million new strokes worldwide each year, according to the World Stroke Organization, and one in four people over age 25 will have a stroke in their lifetime.

For wine drinkers worried about their risk, a new study may provide reasons to raise a glass. The research, published in October in Neurology, found that drinking wine—but not beer, spirits or other alcoholic beverages—was associated with a reduced risk of stroke.

The team of researchers, based at universities in multiple nations, found that moderate and high alcohol intake was linked to an increased risk of stroke, while low intake was linked to reduced risk, specifically in data from Western Europe and North America. Overall, the study’s findings add to existing evidence that low to moderate wine consumption may improve cardiovascular health. The study also highlights the varying health effects of wine, beer and spirits.

Using data from the INTERSTROKE study, a large case-control study that examined multiple risk factors for stroke across 32 countries, the authors analyzed self-reported alcohol consumption patterns for nearly 26,000 individuals, approximately half of whom had suffered a stroke. After categorizing people based on primary type of alcohol consumed (beer or other, wine, or spirit or arrack) and weekly intake (low, moderate or high), the researchers controlled for other risk factors, such as high blood pressure, smoking, diabetes, diet and physical activity, and then drew connections between drinking habits and risk of suffering a stroke.

The study found an association between wine drinking and a reduced incidence of stroke, but only after adjusting for binge drinking and level of intake. In other words, people who drank large amounts of wine, and especially those who engaged in binge drinking—defined as more than five drinks in one day at least once a month over the previous 12 months—did not see any health benefit. That result matches numerous other studies, which have consistently found negative health effects of high alcohol consumption, particularly binge drinking.

Andrew Smyth, professor of clinical epidemiology at the University of Galway and lead author of the study, told Wine Spectator that though the researchers didn’t determine an ideal number of glasses for reducing stroke risk, “the pattern suggests that the lower category of wine intake had the lowest risk.”

As for possible reasons for the reduced risk, he noted that, “as other studies have reported, wine contains substances such as polyphenols, [which] aren’t present to the same extent in other types of alcohol, that may have important effects independent of the alcohol.”

While the results are potentially encouraging for wine drinkers, the researchers caution against drawing definitive conclusions. Smyth stressed that “any decrease … in odds of stroke associated with wine [is] likely to be seen in those that do not [binge drink] and have lower levels of intake.” He also noted that “our analyses within each region are somewhat limited by smaller numbers.” So while the overall study looked at 26,000 people, the group in Western Europe and North America, who showed a link between alcohol intake and reduced stroke risk, is smaller.

As with any health study looking at correlation rather than causation, Smyth cautions that, “wine consumption may be linked with cultural and socioeconomic factors,” which could explain wine’s association with decreased stroke. Even though the researchers controlled for other risk factors, “wine consumers tended to be older, with higher levels of education, working in professional or business organizations, [and] had higher levels of activity and higher quality diets. This suggests that these individuals are already at lower risk of stroke, because they appear to have [fewer] risk factors (such as poor diet and low levels of activity) and may be more likely to adopt different lifestyles.”

Whatever the reason for wine’s apparent benefits, Smyth encourages current imbibers to keep drinking at a low intake level and avoid binge drinking to lower their risk of stroke and other alcohol-related issues.