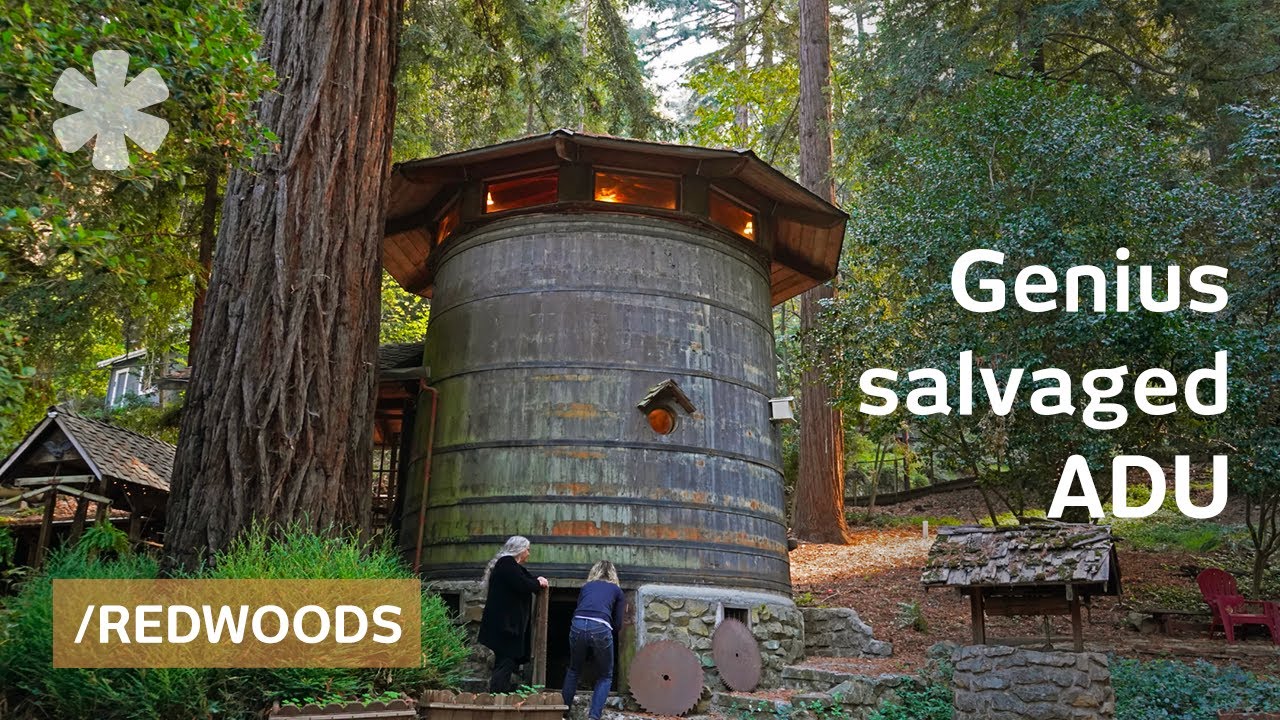 When the Atkinson’s first viewed the cabin – built in 1942 from whole redwood logs in the forested mountains above the San Francisco Bay Area – it looked like a great deal for the area, but they were worried about space. When the realtor explained that the wine barrel ADU wasn’t included in the official square footage, the couple quickly made an offer.

The barrel was shipped over from Italy in the 1960s to be used for water storage, but the previous owners soon realized it made more sense to create living space out of the salvaged vat. The original wooden staves and metal hoops served as the only structural support, and the new owners simply added a second floor to create an upstairs bedroom and removed the flat lid to add an overhanging roof and 360-degree windows.

When the Atkinsons moved in, they used only secondhand and salvaged materials to create a kitchenette (from a hotel surplus store), a living room, and a two-story bookshelf (this got shortened when their girls claimed the upstairs as a bedroom and needed extra floor space).

The area around the home, and in much of the Santa Cruz Mountains, was clear-cut to rebuild San Francisco after the 1906 earthquake and fire. In 1942, with the old growth non-existent, the original owner built his own sawmill to process smaller redwoods on the property, creating a traditional log cabin home with Scandinavian-Saddle-style notching and black chinking (as opposed to the traditional white grout).

He also built a furnace to do his own ironworks and all the metalwork in the home – the lights, fixtures, handles – was also done onsite measure-made for the home.