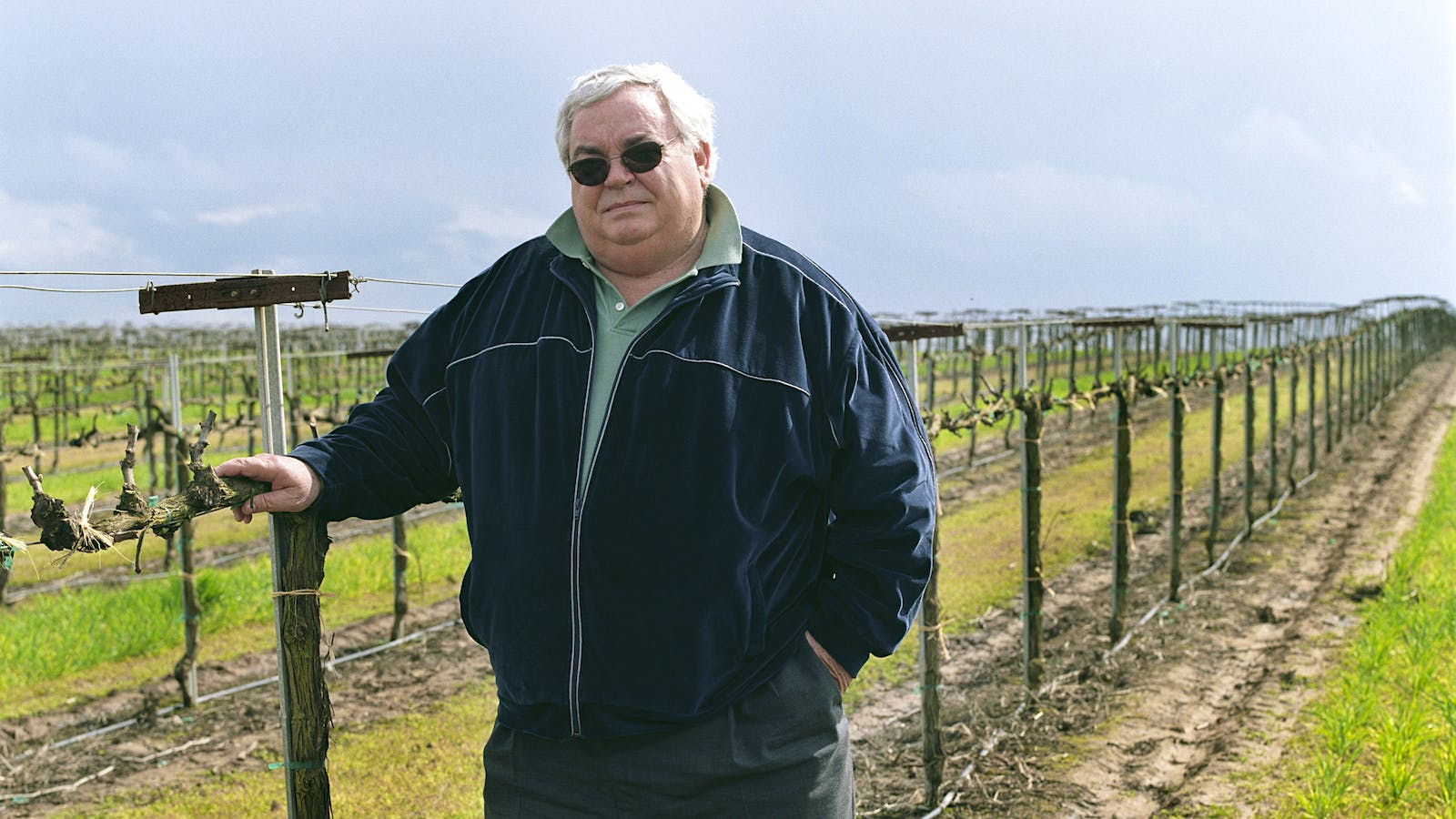 According to a letter to Bronco employees today first reported by Wine Industry Insight, Franzia passed away in the early morning hours of Sept. 13 at his home in Denair, California, with family by his side. In the letter, Franzia’s daughter Renata shared a quote from her father: “We are fighting a good fight and at the end, we all have an expiration date.”

Franzia founded Bronco with his brother Joseph alongside their first cousin, John Franzia on Christmas Day of 1973. The company became perhaps best known for its 2002 re-launch of an old Napa brand Bronco had purchased, Charles Shaw, or “Two Buck Chuck,” which sold exclusively at Trader Joe’s for $1.99 a bottle and moved nearly 2 million cases in its first year, reaching 5 million cases a year later. Today, Wine Spectator sister publication Impact Databank estimates the brand at about 1 million cases.

Franzia was known for his belief in value wine and that much of the industry traded too much on prestige and high prices. The company letter today noted, “When asked how Bronco Wine Company can sell wine cheaper than a bottle of water, Fred Franzia famously retorted, ‘They’re overcharging for the water. Don’t you get it?'”

According to Impact Databank, Bronco Wine Co. is the 13th largest wine marketer in the U.S., with 2021 volume of 3.4 million cases.

Franzia is survived by his five children, Renata, Roma, Joseph, Carlo, and Giovanna; 14 grandchildren; his brother, Joseph; and his sisters, Joellen and Catherine.