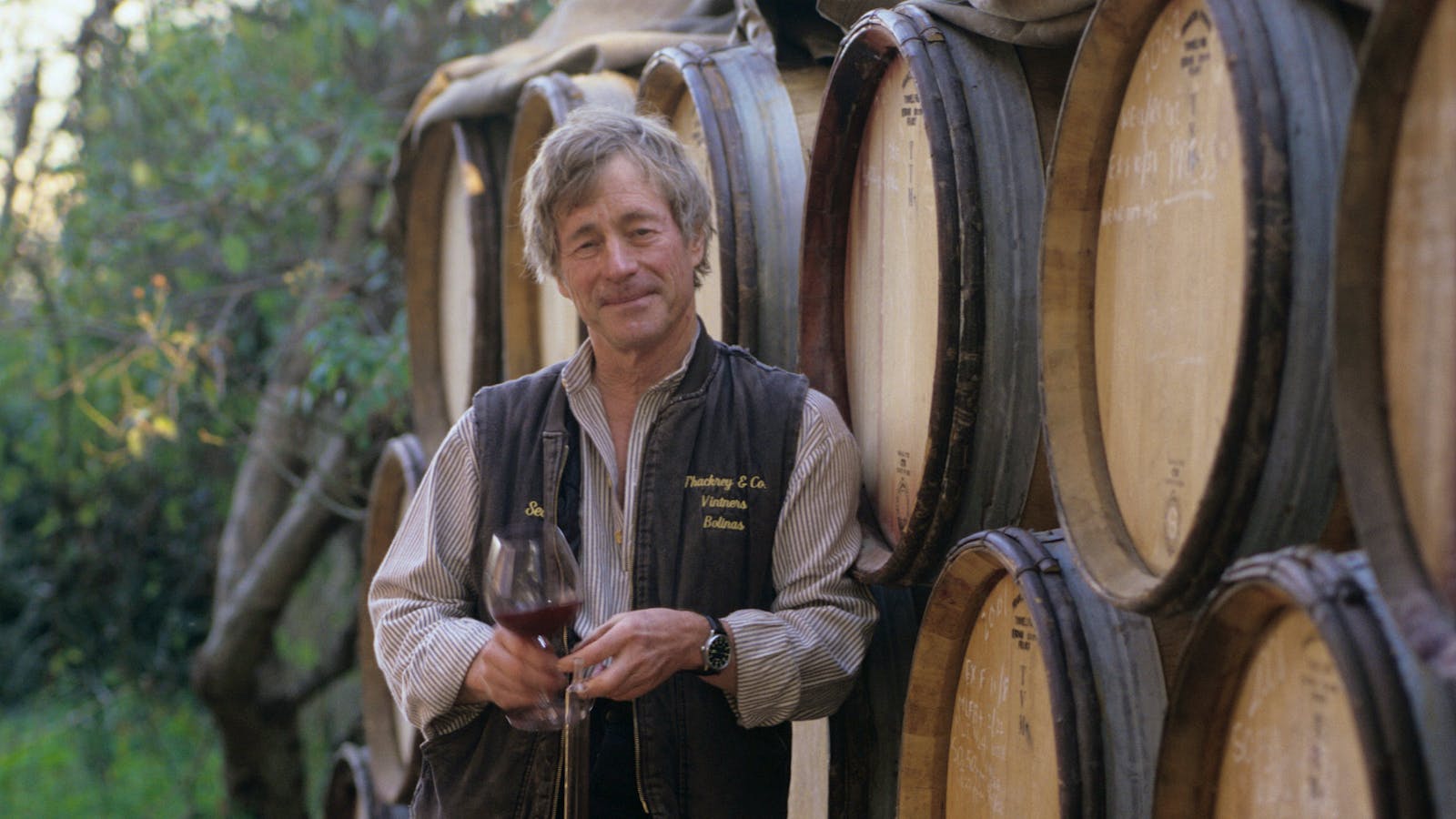 Sean Thackrey, who earned a dedicated following for his unconventional wines made at his bare-bones winemaking facility in Marin County, died May 30 following a decade-long battle with cancer. He was 79.

Thackrey’s first career was as an art dealer, specializing in 19th century European photography. He made a home in the small town of Bolinas, where in 1979 he began to make wine, sourcing some of his first Cabernet and Merlot grapes from Stags Leap District grower Nathan Fay. Thackrey instantly took to winemaking as a creative outlet, approaching it from an artistic viewpoint.

Known for crafting brawny and wild blends from old vineyards, particularly from Syrah and other Rhône varieties, Thackrey firmly established himself on the periphery of the wine industry. He rejected conventional winemaking trends, telling Wine Spectator in 2003 that Napa Cabernet and Bordeaux were “just too damn polite for me. Why drink a wine that you wouldn’t like if it were a person?”

Thackrey’s Orion cuvée, a Syrah from St. Helena’s Rossi Vineyard, earned multiple outstanding ratings in Wine Spectator blind tastings. All of his wines were named for constellations, reflecting his fascination with humankind’s affection for patterns.

Despite his affinity for Syrah and other Rhône varieties, Thackrey resisted categorization, and his wines illustrated that individuality, with rugged tannins and powerful flavors. “Please don’t call me a Rhône Ranger,” he said in 1995, “because that’s not what I’m about.”

Thackrey looked to the past for inspiration, with history as his guide. And he loved historic wine texts, and amassed one of the world’s largest personal collections of wine books and manuscripts. The Thackrey Library, as it became known, included scores of centuries-old books, including medieval illuminated manuscripts and a 6th century Egyptian papyrus. He sold the collection for $2 million in April.

His winemaking facility in Bolinas was famous for its seemingly haphazard, tech-free production zone more typical of a country backwater than a famous Northern California winery—“as if it could have been transplanted from Appalachian moonshine country,” Wine Spectator reported in 2003.

Thackrey also enjoyed writing, and his family reports that he would put a great deal of thought into his words before publishing them on his website or on social media. “I’m not exactly self-evident to most people myself,” he posted on Facebook in March 2020, after learning of the death of Michael Broadbent. “No nice little commercially determined package of nice little charms; and my own complexities—and my desires for their expression—are absolutely there in my wines; if they weren’t, they wouldn’t be mine; and those who like them that way, bless their complicated hearts, wouldn’t like them any other way, any more than I would.”