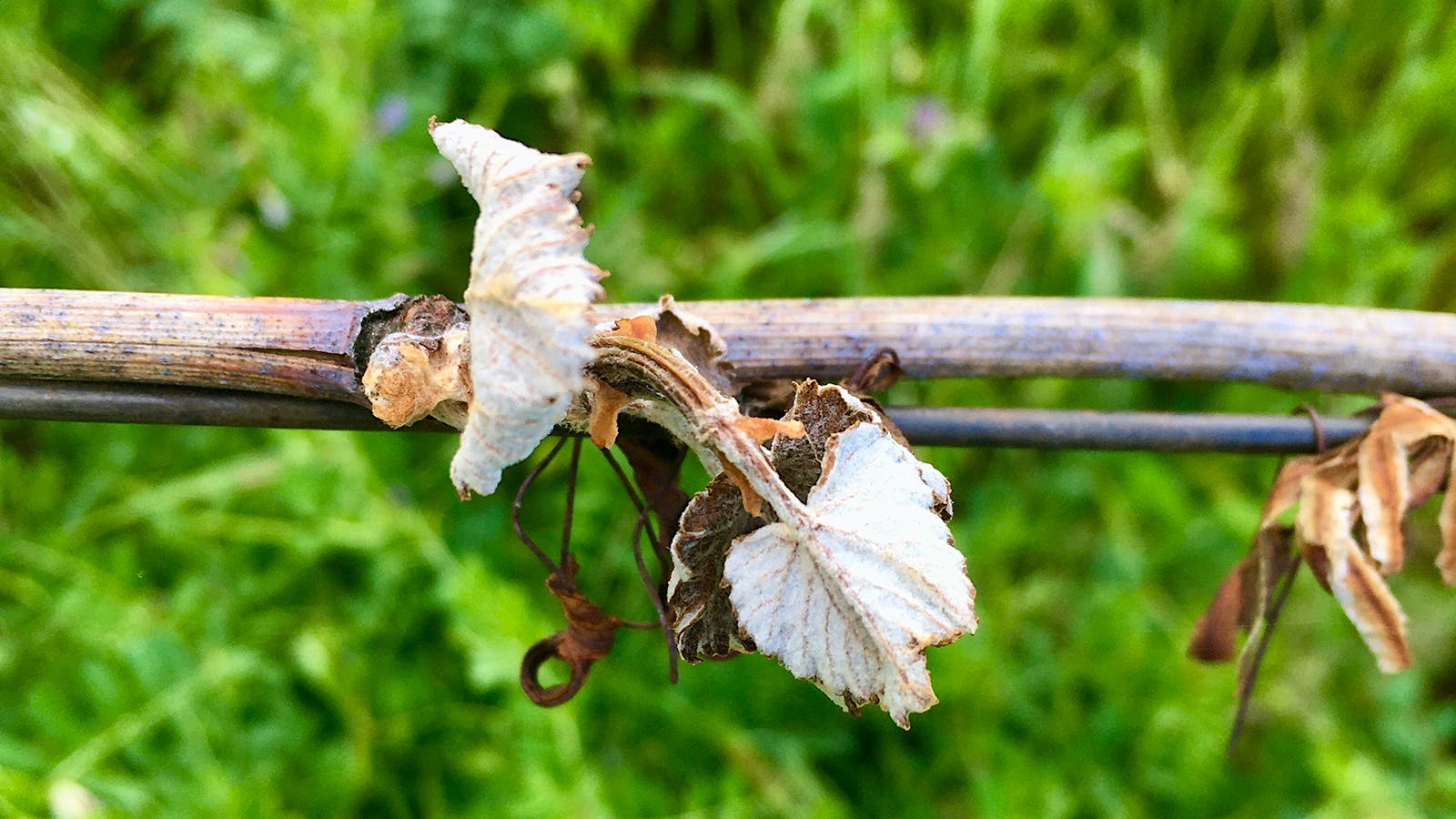 Oregon winemakers and grapegrowers are assessing the damage after a severe late frost struck Willamette Valley in recent days. The week of April 10 saw record-low temperatures—down to 26° F in some areas—just as the vineyards were starting budbreak. Frost isn’t uncommon in Oregon, but it typically strikes earlier in the season when vines are still dormant. “We have never seen such cold temperatures so late in the season,” vintner Josh Bergström told Wine Spectator.

Roco winemaker Rollin Soles echoed that sentiment. “I’ve not seen springtime frost damage on our hillside vines before, and I’ve never seen snow in the Coast Range in mid-April,” he said.

The impact of frost varies from region to region and even vineyard to vineyard, depending on elevation and other factors. “It is my understanding that the Eola-Amity Hills vineyards appear to have fared better than areas such as Chehalem Mountains and Yamhill-Carlton,” said Lavinea winemaker Isabelle Meunier.

The extent of damage won’t be clear until daytime temperatures in the valley rise to a consistent 70° F for several days, which would restart vine growth and reveal which buds keep growing and which have been damaged. Temperatures this week aren’t expected to rise above 60° F.

“Young vines had developed an inch or two of growth, while the mature vines were just beginning to break bud,” said winemaker Ken Wright. “The exposed green tissue of the young vines was significantly damaged in all our sites.” Chardonnay vines were generally further along in development than Pinot Noir, and could see significant loss of crop. “After slicing through hundreds of buds at all locations [to check for damage], my gut feel is that the primary bud damage is extensive, and that there is some damage to the secondary buds as well,” Wright said.

Complicating the assessment is the structure of the buds themselves. Each actually has three distinct buds: primary, secondary and tertiary. The primary bud flowers and produces the main crop, but if it’s damaged, the smaller secondary bud will develop, but it generates fewer flowers and a considerably smaller crop.

“At first, I thought only our Chardonnay was hurt, as it was leafed out, while Pinot was still fairly tight in the bud,” said winemaker Tony Soter after examining his Mineral Springs Ranch vineyard. “But it seems a little more clear that most Pinot primaries are damaged yet secondary buds show more life. We worked through a frost event at Beacon Hill vineyard back in early 2000s, and it took a lot of creativity, improvisation and ad-libbing.”

This is just the latest setback for Willamette Valley, which experienced smoke taint in 2020 from extensive wildfires in the region.

To the south, California’s Central Valley and eastern foothills experienced their worst frost in recent years, inflicting widespread damage and taking vintners by surprise. “We were experiencing 90° F temperatures three days before. So it was very strange weather,” said Stuart Spencer, executive director of the Lodi Winegrape Commission.

After a storm front blew through in the early morning hours of April 12, the dew point dropped and temperatures plummeted. Some areas endured freezing temperatures for five hours. Spencer said he believed Clarksburg, southwest of Sacramento, had significant losses, but in Lodi, the degree of damage varies by location. “The eastern rolling hills were hit bad. Some vineyards are near 100 percent loss, with vines fried back to the cordon. Other areas were intermediately damaged, and others weren’t affected at all,” he said.

In Amador County in the Sierra Nevada foothills, Bill Easton, owner and winemaker for Easton and Domaine de la Terre Rouge, reported similar outcomes. “We had some damage. I think around the 25 to 30 percent range, maybe less,” he explained, noting that damage also varied by grape variety. The early-budding grapes—Viognier, Barbera and Sauvignon Blanc—were the hardest hit. Easton’s viticultural practices may have helped. “We prune late to delay budbreak. Early pruners got burned,” he said.

At nearby Terra d’Oro, viticulturist Melissa Bordi said they had minimal damage at the vineyards adjacent to the winery and tasting room. But other vineyards, including one behind the winery and others east of the winery, saw more significant damage, ranging from 40 to 60 percent of buds. “Our most hard-hit location is our Shenandoah Vineyard on the north end of the Shenandoah Valley,” she said. “Planted to both Zinfandel and Barbera, we are seeing losses of 60 percent.”

UC Davis’ viticulture department will offer an online seminar May 3 covering identification and mitigation of frost damage in vineyards and is providing additional resources to affected vintners.

Spencer expects yields for Lodi to be drastically down, which could be a significant blow. Lodi is a vital part of California’s wine industry, with 110,000 vineyard acres accounting for 20 percent of all wine made in the state.

“We are so sad to have this extensive amount of damage for the 2022 vintage,” said Bordi, “but we’re optimistic that the remaining shoots will be able to provide us with the quality expected from our wines.”