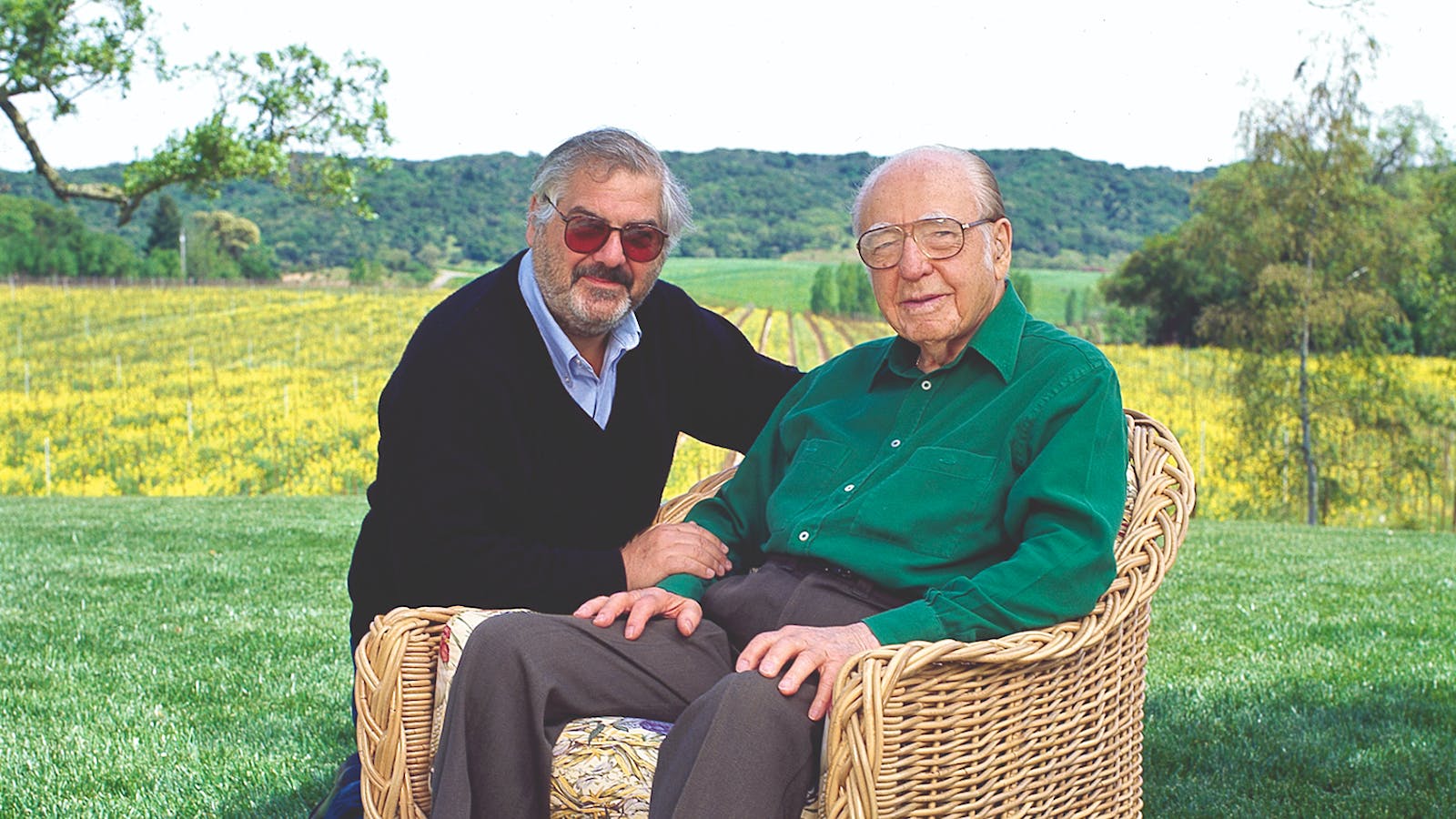 More than two decades ago, Wine Spectator editor and publisher Marvin R. Shanken was granted a rare interview—the first and last of its kind—with the famously private Ernest Gallo, co-founder and chairman of what was then and continues to be among the world’s largest wine companies. The interview, at Gallo’s home in Modesto, Calif., nearly didn’t happen, and the full footage has never before been shown to the public.

Shanken explains that the long-withheld film was “a labor of love,” created as a birthday gift to Gallo, who had just turned 90 the month before the interview was filmed, on April 20, 1999. “To those that don’t really know Ernest Gallo … he was like the Henry Ford of the wine business,” Shanken said. “He helped create the American wine market of today, through his sales and marketing skills, along with Julio’s incredible winemaking skill to put out large quantities of high-quality wine at affordable prices for millions of Americans. When they started, wine was not part of the culture in America. They helped make it so.”

The film includes an introduction by CBS sportscaster and California vintner Jim Nantz and footage from the 1999 interview, a 2008 address by Shanken on the occasion of E. & J. Gallo’s 75th anniversary celebratory conference in Las Vegas as well as clips from Wine Spectator’s 1983 California Wine Experience; it begins with Shanken recounting the dramatic details of the 1999 interview’s near miss, in which Gallo’s lawyer surprised Shanken with a confidentially agreement to sign, complete with $1 million violation penalty.

“I looked at the document and said, ‘Ernest, I won’t sign it. You obviously don’t trust me. I’m going back to New York.'”

”Ernest then turned to his lawyer and said, ‘I told you this was a dumb idea. Now get the hell out of here!’ He grabbed my arm and said, ‘Let’s go.’”

During two days of conversations, Gallo placed his trust in Shanken, telling him about his first and very memorable wine-tasting experience, at age 5, and the hardships of growing up in a grapegrowing family during Prohibition; by the time Gallo’s father died in early 1933, the family grape farming business was barely hanging on.

But Repeal changed everything, and Gallo and his brother Julio started selling wine. The rest, as they say, is history. “From the day we went into the wine business, I never thought there was such a thing as failing,” Gallo said. “It’s just another day’s work.”

But it was more than just hard work, Gallo said after receiving Wine Spectator’s Distinguished Service Award at the 1983 California Wine Experience. “We are lucky that as young men, we were grapegrowers at the time Prohibition was repealed. We were lucky that we both felt that the wine business was a natural extension of growing grapes. And we were both lucky to have fine and remarkable wives. Therefore,” Gallo added with his characteristic humility and charm, “with so much luck, we had very little to do with it.”