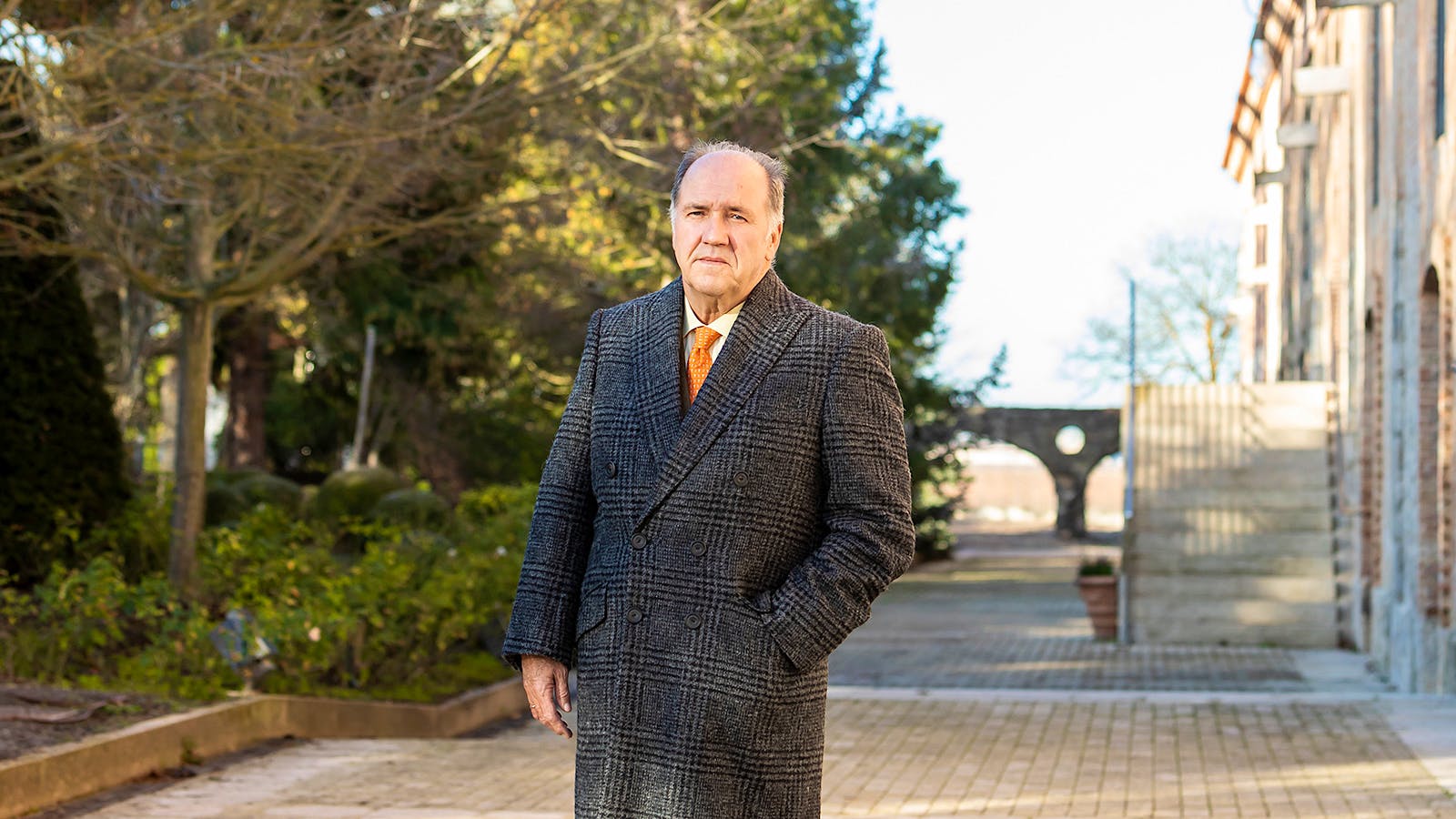 Difficult, expensive wine projects have exerted a lifelong gravitational pull on Pablo Álvarez Mezquíriz—one that has not weakened with time. Two years shy of his 70th birthday—the date he has promised to step down as chief executive officer of his Vega Sicilia Spanish wine empire—Álvarez just announced he is building a new winery in Galicia, named Deiva, with the goal of producing an iconic white wine.

“I have always wanted to create a world-class Spanish white, similar to a top Burgundy, and I believe the Albariño grape has that unique potential,” he told Wine Spectator on a recent visit to New York. A man of few words—and fewer smiles—Álvarez was in town to unveil the new vintages of his estates’ wines, highlighted by Bodegas Vega Sicilia, which is widely considered to be the first-growth of Spain. As we tasted the 2017 Valbuena and the crown jewel, Unico 2012, he explained how his journey to craft a great white wine in Spain has been long in the making.

Back in the mid-1990s Álvarez planted Chardonnay and Rhône white wine varieties at Vega Sicilia’s estate in Ribera del Duero, with less-than-ideal results. After looking around in Burgundy (“No one can afford to buy in Burgundy!” he complained) and a successful white wine project in, of all places, Hungary, he refocused on Spain and, for the past four years, has been busily buying up vineyards in the Rias Baixas region of Galicia in northwest Spain.

So far, the company has invested €20 million, and the first cuvée will be released in 2025. It will take many vintages beyond that first release to achieve Burgundian-like finesse and complexity, he said, but he’s confident that eventually he will do just that.

This ambitious project reflects the same stubborn determination that has animated most of Álvarez’s decisions. When he took the reins at Vega Sicilia in 1985, two years after his father purchased the legendary winery, he resolved to not only improve the estate’s wines, but to elevate the reputation of Spanish wine on the world stage. “Spanish wines in the 1980s were not well-known outside of our country,” he explained. “The problem was that people thought all Spain’s wines were cheap.”

He immediately converted to organic farming and built a cooperage to craft Vega Sicilia’s barrels on site. Next he embarked on a multi-decade project to rehabilitate the vines that founder Eloy Lecanda had planted in the 1860s and then began a clonal selection process of all grape varieties from those early years.

Álvarez firmly believes that no single wine estate can produce much more than 25,000 cases per year without compromising quality, so he soon began to look beyond Vega Sicilia for new terroirs with potential.

In 1991, he launched Alion, a more modern take on Ribera del Duero wine. At $120, it offers a taste of Vega Sicilia elegance—polished tannins, concentrated earth and cherry flavors—for a fraction of the price. Venturing 60 miles west to the rugged Toro region, where the Tinto de Toro variant is famous for powerful reds with muscular tannins, Álvarez spent years working to craft a more elegant, approachable style and eventually debuted the Pintia label in 2001.

To create a French-inspired wine in Rioja, he partnered with Benjamin de Rothschild and launched Macán after years of secretly buying vineyards from 70 different owners in the Rioja Alta and Alavesa regions where, “it is more like Bordeaux than Ribera,” said Álvarez. (Benjamin tragically passed away in 2021.) Using French oak and the Bordeaux system of a first and second wine, rather than Rioja’s traditional classification system, the inaugural 2009 vintage was released in 2013. They constructed a state-of-the-art $34 million winery soon afterward.

An even more complicated and unlikely wine project lured him to Hungary in the early 1990s. The Hungarian government was looking to privatize its state-controlled wine industry post-Communism, and Álvarez couldn’t resist: He harbored a love for the country’s famous sweet wine. “Tokaji is the oldest sweet wine in the world, and for centuries it was the most revered; for me it is the greatest sweet wine on earth.” After years of negotiations, Álvarez purchased the historic Oremus estate and now produces a traditional sweet Tokaj and a dry white from the Furmint grape.

“The vineyard was in very bad condition. We had to renovate 85 percent of the property but were able to save some of the original vines,” said Álvarez, who travels to Tokaj four times a year. The estate’s jewel is Petracs, a wine made from 60-year-old vines in a parcel of volcanic soils in a clos, or walled-in vineyard; after 10 years of trial, the first commercial vintage was 2017. He has brought clonal selection to Tokaj for the first time, working with a nursery in Burgundy.

Yet despite the many challenges he’s encountered farther afield, producing wine back home at Vega Sicilia hasn’t exactly gotten any easier. Budbreak—when the first green growth appears on the vines in spring—in the harsh, rocky Ribera del Duero plateau occurs later than in any other region in Europe because of extreme cold. Frost is a real danger through May and, though Álvarez installed expensive wind machines to mitigate damage, there are a handful of vintages each decade where no Unico can be produced.

Ribera is still in many ways a young region, and Vega Sicilia’s example has inspired others; there were 14 wineries there when he took over and today there are 307. But Álvarez still sets the bar for perfectionism—which can be painfully expensive. Like the time when he decided to recall the entire 1994 vintage of Valbuena because of cork taint (at a cost of $3 million) and then planted 50,000 cork trees to secure a more pristine supply.

“Vega Sicilia makes decisions and sacrifices that no one else in this sector makes,” said Pedro Lopez-Sors Alonso, CEO of Europvin, Vega Sicilia’s partner and importer. Even the 10-year aging process for the wine is something few producers can afford to do, he pointed out. But this uncompromising commitment to quality has built a passionate fan base for the wines all over the world. “When Vega Sicilia arrives in the U.S., it sells out long before the next vintage can arrive,” said Alonso.

While Álvarez is clearly still adding to his legacy, what does the succession plan look like? “I am the only one in the family currently in the wine business. We are working on a succession plan,” he said. “It is necessary to have a family member that is passionate and loves the work.” Exactly who will emerge from the third generation to take up the mantle is not yet clear.

It’s difficult to imagine Álvarez stepping down as the driving force of the Vega Sicilia empire—particularly as there are young Albariño vines in Galicia just beginning to tap their potential. Or to envision who could operate with Álvarez’s conviction that nothing worth achieving happens quickly. “With wine you must have a lot of patience,” he said. “Vineyards need so much time.”