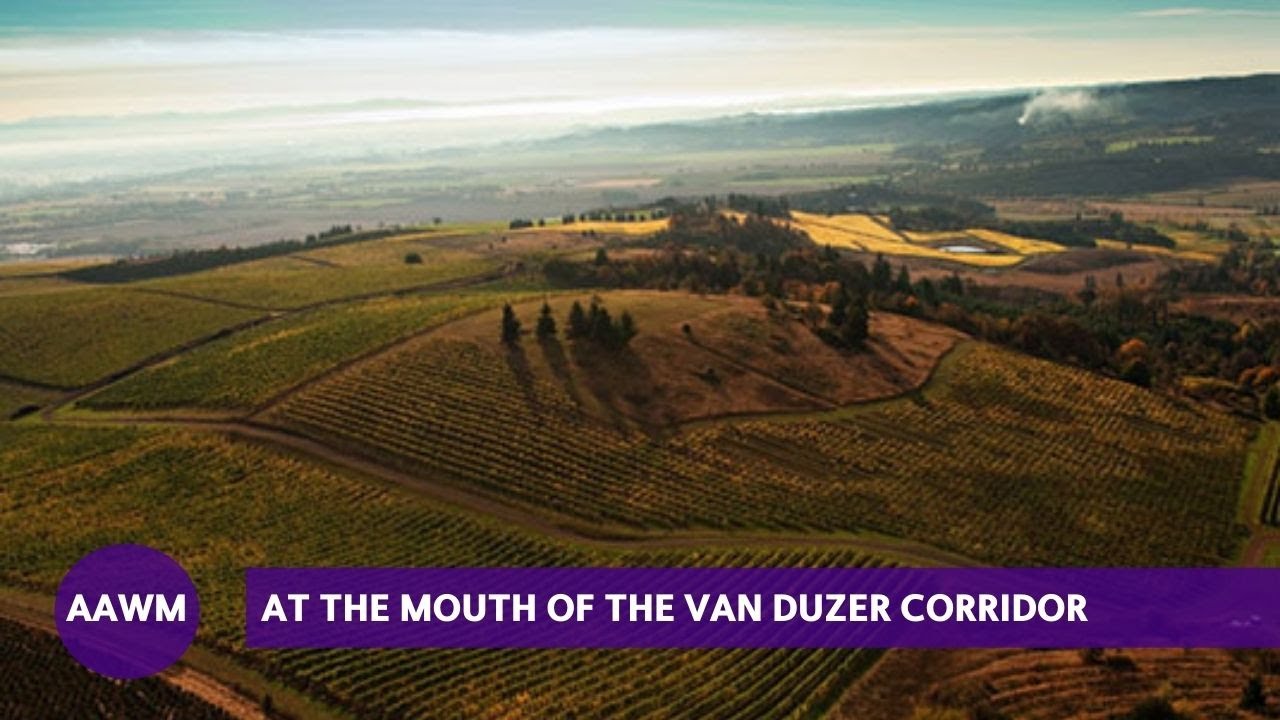 Dai Crisp is the winemaker at Lumos Wines and a leader in organic farming in Oregon’s Willamette Valley at the Temperance Hill Vineyard. Here he explains how the Van Duzer Corridor affects grape growing in the region.

See all of our videos with Dai Crisp of Lumos Wines here:

Have a question for a winemaker? Post it in the comments and we will try to answer it for you.

Video Text:
The van duzer.. Temperance Hill is probably the bullseye of that airflow. If you look directly west from Temperance the Van Duzer is this unusual situation where you have a coast range of mountains but there’s a big gap in the Coast Range and it’s significant gap. I don’t know how many miles wide it is, but if you take the road that goes out toward the coast I don’t think there’s a pass you go over that’s higher than Temperance to top of Temperance Hill, maybe 900 feet, so you know you have these Coast Range Mountains that go up pretty significantly in either side but there’s this shot straight out that becomes a funnel for cool marine air influence. And that’s a big deal especially during the last month before harvest when you start getting cooler nights but warm days that, what’ll happen is at the end of the day there’ll be air flow that comes in, marine air, that just blows all that heat out and then it builds up the next day so we stay a little bit cooler longer and it that translates into slower ripening at the tail end of you know that process. So that’s due west but will also get influenced from the southwest, you know the storm systems don’t just come in the Van Duzer every day, you know, we’ll have a shift of where that airflow comes from. But it’s really has an impact on on that site the east side tends to be warmer than the west side of that part of the Amity Eola. So that whole east side. this year was tracking almost a hundred heat units higher on the on the east side over the over the west side. So what happens on the east side of Temperance, that slope tends to be kind of earlier than then a lot of the rest of Temperance Hill. And Temperance Hill we generally start harvest after Chehalem Mountains are finishing so it’s it’s significantly later because of its elevation but also being a target for cool air flow.