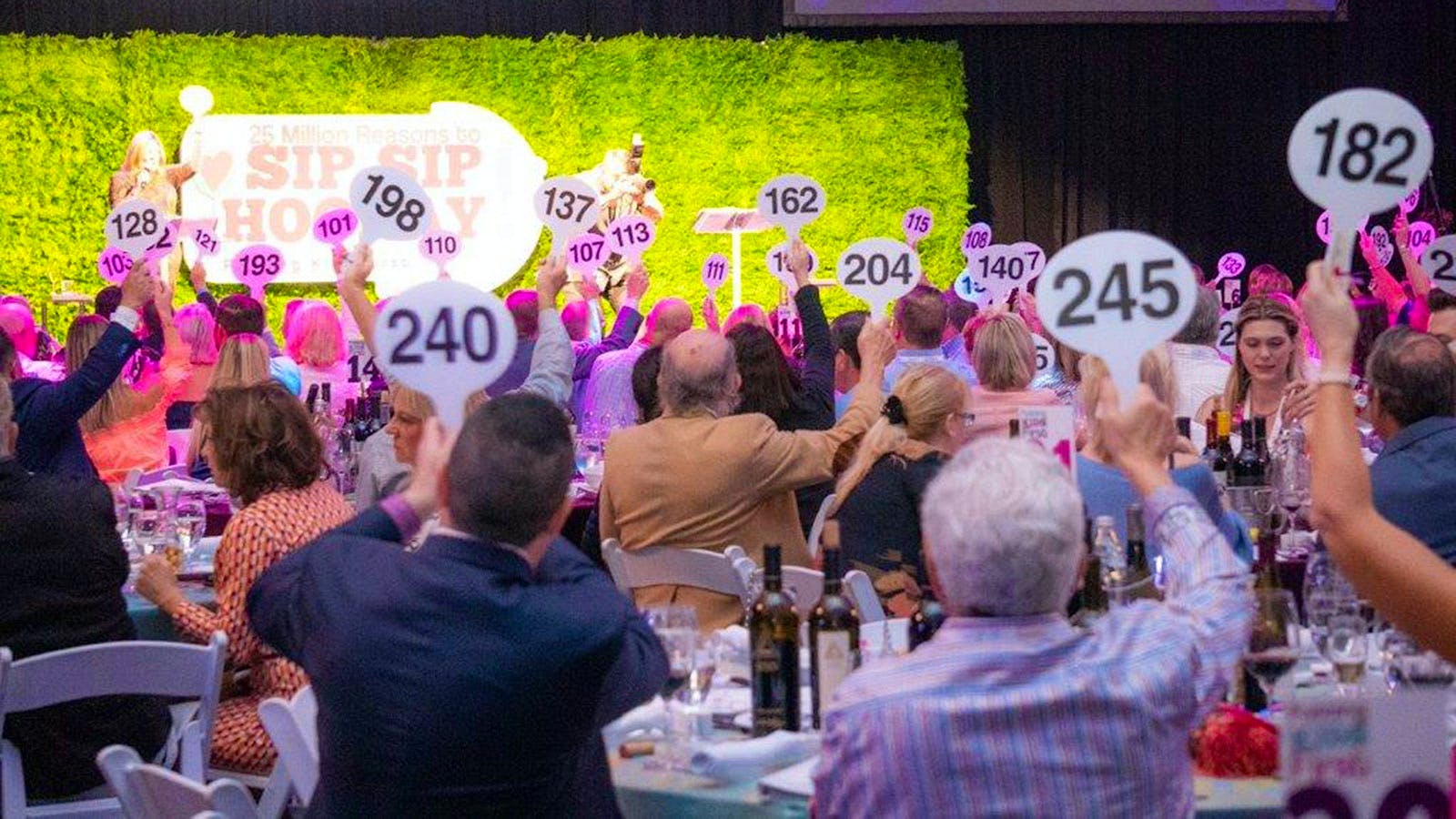 The Southwest Florida Wine and Food Fest charity auction is back on track after going virtual in 2021, hosting an in-person event and raising $2.1 million for local pediatric healthcare programs, with more than half of the money coming from live auction bids. The last time this top annual charity event bested the $2 million mark was in 2018, when it raised a total of $2.6 million.

The 14th annual live auction was held Jan. 22 at Fort Myers’ Florida SouthWestern State College. More than 300 guests helped raise $1.1 million in live bids. Although the auction had to be moved indoors with less than 24 hours’ notice due to weather conditions, SWFL Children’s Charities executive director Heidi Davis said guests were excited to finally be able to attend in person.

“Raising over $2 million for the first time in a few years to enhance pediatric healthcare in our region for children and families was the highlight of the event,” Davis told Wine Spectator. “There was a ton of excitement throughout the day, including the great cuisine, amazing wines, celebrations for winning auction lots and pyrotechnics.”

Davis added that her team has reduced the number of live auction lots over the years (there were 26 lots for this auction) and it seems to have helped raise more money. She credits this to focusing on offering unique travel experiences rather than numerous lots of wine only. It’s a model used by Naples Winter Wine Festival, the top charity wine auction in the nation, that many others have adopted.

“Wine High on That Mountain” was the top wine lot of the night, selling twice at $55,000 for a total of $110,000. The lot included a three-night stay for three couples at Napa’s Diamond Mountain estate, plus 12 bottles of Lerner Project’s RMS Napa Valley Cabernet Sauvignon (2018, 2017 and 2016 vintages). Another top seller was a four-night trip to a private island in Belize, along with eight bottles of Patz & Hall Pinot Noir and Chardonnay, which sold for $75,000. A wine-only lot of four magnums of Sonoma’s Verité red blends, specifically one bottle of La Desir, one bottle of La Muse and two bottles of 2006 La Joie, sold for $3,500.

Since its inception in 2008, the SWFL Wine and Food Fest has donated over $25 million to its three primary beneficiaries: Golisano Children’s Hospital of Southwest Florida, Florida Gulf Coast University and Florida SouthWestern State College.