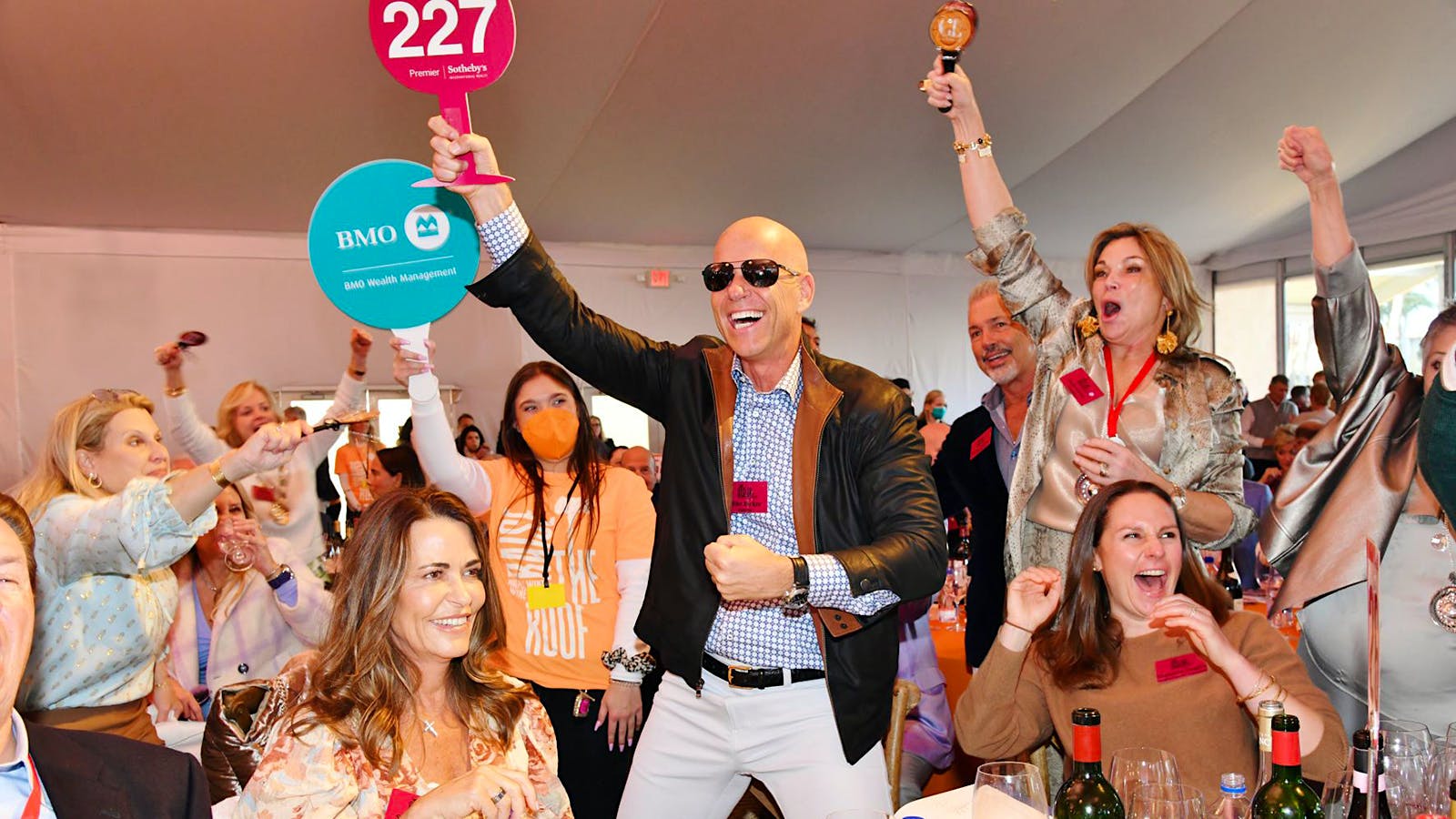 “On a scale of 1 to 10, the energy under the tent broke the meter,” NCEF CEO Maria Jimenez-Lara told Wine Spectator. “Although we had fewer attendees and fewer auction lots, the lots were some of the most appealing ever. We were amazed to set a new [NWWF] record and thrilled for what it means to the children we serve.”

“Our family motto is great wines for great causes and our goal is to help that as much as we can,” said Staglin Family Vineyards president Shannon Staglin. The Staglins have worked extensively to help support brain health research. “Since the Naples Winter Wine Auction started in 2001, we’ve connected to the cause and that’s the most important thing.”

Tuscany and Napa weren’t the only destinations that helped raise big sums. A six-day Argentinean excursion through Buenos Aires and Mendoza sold to two couples for $280,000. The lot also included more than 50 bottles of Catena Zapata’s flagship labels, plus 12 bottles of custom-made wine.

“Our lot provides a one-of-a-kind experience in Argentina,” said Catena managing director Laura Catena. “From meeting the most famous local chefs, to a night of opera to learning how to tango to making your own wine, it will certainly be unforgettable for the two lucky couples.”

Where can you order wine from? Check out Wine Spectator‘s comprehensive guide to state shipping laws.