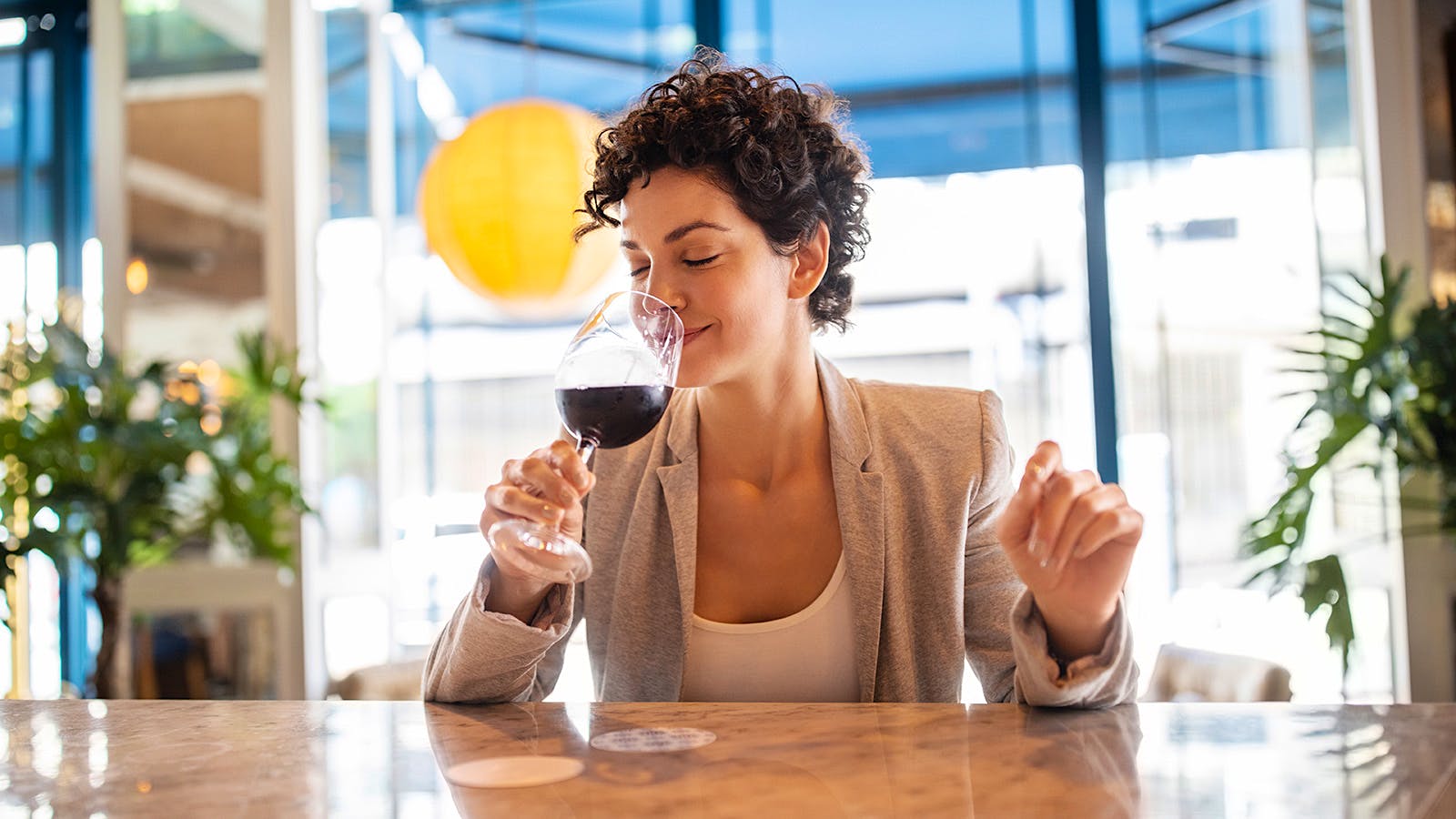 What if that glass of Châteauneuf you’re sipping with dinner is also reducing your chances of contracting COVID-19? A new study analyzed health data on nearly 500,000 U.K. residents and found that subjects who drank one to two glasses of red wine a day had a 10 to 17 percent lower risk of contracting COVID than non-drinkers. Subjects who drank white wine had a 7 to 8 percent lower risk if they consumed five glasses or less per week, while those who frequently drank beer or cider had a 28 percent higher chance of contracting the virus than non-drinkers.

The study, published in the journal Frontiers in Nutrition, was conducted by a team of researchers in China at Shenzhen Kangning Hospital. They wanted to look at possible links between alcohol consumption and rates of COVID infection and mortality. They analyzed data from the U.K. Biobank Study, a comprehensive research project that has been collecting health and lifestyle information from nearly 500,000 participants in the U.K. since 2006.

After analyzing the Biobank data, the researchers found that there was no significant difference in mortality rates from COVID between subjects who drank and those who abstained. But the differences in infection rates were noteworthy. In addition to the lower rates for wine drinkers and higher rates for beer and cider drinkers, the team found that people who drank five or more hard alcohol drinks per week had a higher risk of infection. And heavy drinking of any alcohol also raised the risk.

A study like this looks at correlation, not causation, so it’s unclear why red wine drinkers had a lower infection rate. It could be that other factors are at play: Red wine drinkers may be less likely to suffer from other COVID risks; they may exercise more or have better nutrition; or they may be more likely to be vaccinated.

But the authors suggest that the specific results for red wine compared to other types of alcohol suggest that compounds that set red wine apart from other drinks may deserve the credit. “Red wine provides additional benefits to other alcoholic beverages probably due to its higher polyphenolic content, by decreasing blood pressure, inhibiting the oxidation of low-density lipoprotein particles and other favorable effects on the cellular redox state, improving endothelial function, inhibiting platelet aggregation, reducing inflammation and cell adhesion and activating proteins that prevent cell death,” they write.

The researchers do acknowledge some limitations in their study. The U.K. Biobank is focused on people ages 49 years and older. And the data on drinking habits was collected before the pandemic—changes in drinking habits during the pandemic were unrecorded. The authors call for further study.