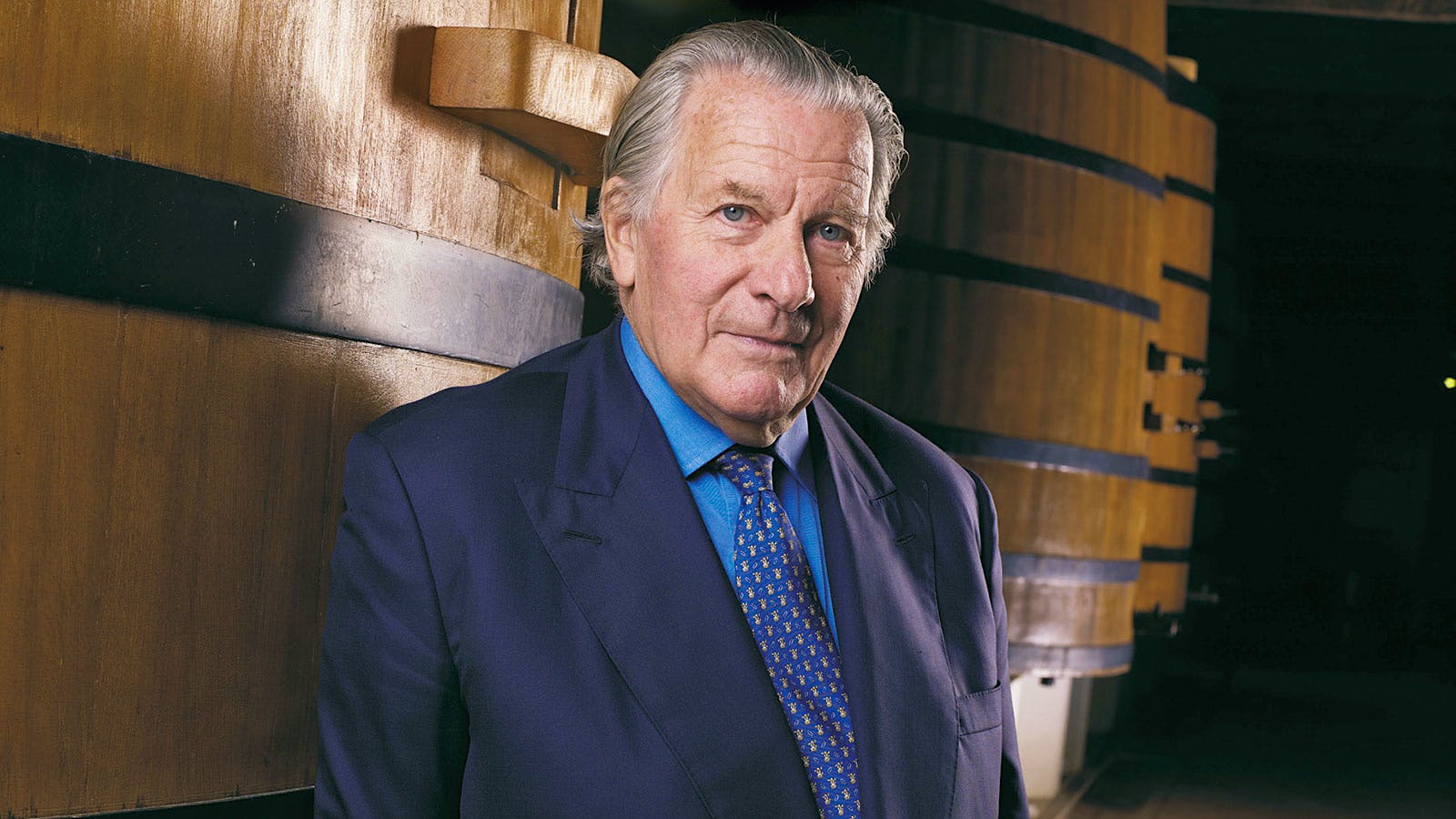 “Anthony Barton was the perfect gentleman, always smiling and gracious,” said Jean-Christophe Calvet, co-owner of négociant Aquitaine Wine Company and a longtime friend. “He told hilarious stories about the wine business and he had a terrific ability for observation of his visitors and customers. Above all, he was extremely modest about the incredible success of his two estates in St Julien. He was a man of distinction, quiet determination and elegance. We miss figures like Anthony Barton so much.“

Anthony was a gifted raconteur, charming wine lovers with his personality and his clarets. Charm and ambition ran in the family. His ancestor Thomas “French Tom” Barton arrived in Bordeaux in 1725 and soon launched a trading firm that spawned a family fortune. At the time, Ireland was the second-largest export market for Bordeaux wines, after Holland.

Thomas’ grandson Hugh inherited the business, but nearly lost his life and business during the French Revolution. He escaped prison and the guillotine, fled to Dublin, and transferred ownership of the company to his French shipping partner Daniel Guestier. When it was safe, Hugh returned to France, eventually acquiring Château Langoa in 1821. Five years later, the vast Léoville estate was sold, and Barton acquired a large section of the vineyards, creating Château Leoville-Barton.

Anthony cut a dashing figure in the wine trade for decades. He moved to Bordeaux from Ireland in 1951 at age 21, as the heir to his uncle Ronald, who had inherited 40-acre Langoa-Barton and 124-acre Léoville-Barton in St.-Julien and managed the négociant firm Barton & Guestier.

When Anthony first arrived in Bordeaux, he worked for Barton & Guestier while his uncle managed the estates. The war had left Langoa and Léoville running at a loss. Profits were slim for many years to come. Barton & Guestier wasn’t doing much better.

In 1954, Seagram acquired a 50 percent stake in Barton & Guestier. Anthony continued to work as export director until 1967, when he left to start his own business, Les Vins Fins Anthony Barton, and Seagram took full control. Anthony’s daughter Lilian joined him at Les Vins Fins Anthony Barton fresh out of school, and they shared an office for decades. Anthony once said that he’d never had an argument with his daughter in all those years working together.

In 1983, Anthony inherited Châteaus Léoville-Barton and Langoa-Barton from his uncle, and he lived at the château from 1986 with his wife, Eva. Lilian managed the négociant business while Anthony devoted himself to improving the vineyards.

His talent for managing the estates soon paid off. In 1994, Wine Spectator ranked Château Léoville-Barton 23rd on its list of top 50 Bordeaux estates, praising the improvements Anthony had made. The Barton wines had always enjoyed a fine reputation, but Anthony soon propelled Léoville-Barton to “super second” status, winning consistently high praise for his wines.

In recent years, as Anthony’s health declined, Lilian gradually assumed management. Her husband, Michel Sartorius, also works in the family business, as do their grown children, Damien and Melanie. Lilian and Michel acquired Château Mauvesin-Barton in Moulis in 2011.

Anthony is survived by his wife, Eva, along with Lilian, Michel, Damien and Melanie.

Barton was photographed in 2019 when Léoville-Barton 2016 won Wine of the Year, after decades of hard work. (Deepix Studio)