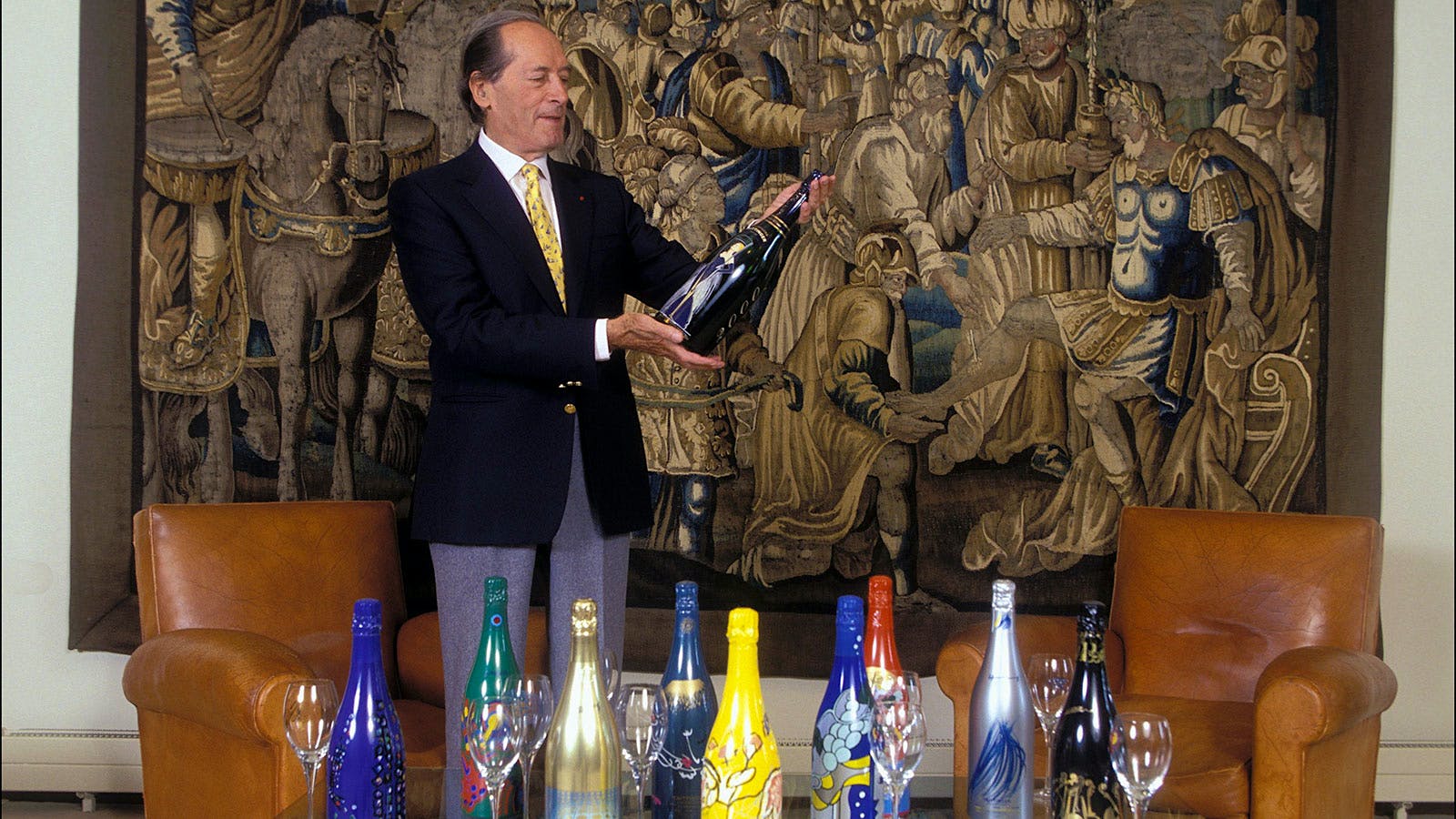 Known as both a stylish gentleman and a savvy businessman, Taittinger is credited with growing his family’s young Champagne house, investing in a large collection of vineyards while also modernizing the marketing of Champagne as a luxury product.

The son of Taittinger founder Pierre Taittinger, Claude joined the house in 1949 at the age of 22. While the winery, originally named Forest-Forneaux, dated to 1734, the Taittinger family did not acquire it until 1931. Before that they had been Champagne merchants.

Following the untimely death of his brother, François, in 1960, Claude served as managing director and eventually president of Taittinger from 1960 until 2005. In the late 1960s he additionally assumed the role of chairman for the Taittinger family’s Société du Louvre group, which included Concorde Hotels and Baccarat Crystal, and was also a member of the advisory board for the Bank of France.

Over the decades, Claude grew the Champagne house, expanding production from 85,000 cases to 410,000 cases per year during his tenure. He had the foresight to expand Taittinger’s vineyard holdings, planting almost 350 acres of vines in the 1960s and more than doubling that figure by the time of his retirement in 2005. He also set up a successful distribution partnership in the United States with Kobrand Wine & Spirits.

“Claude was a great friend of all who he worked with at Kobrand,” said Robert DeRoose, president and CEO of Kobrand Corporation. In 1987 Claude deepened Taittinger’s relationship with Kobrand when the two companies co-founded what is today one of California’s leading sparkling wine houses, Domaine Carneros in Napa Valley. “He was instrumental in the leadership of both Champagne Taittinger and the founding and development of our joint California project, Domaine Carneros,” said DeRoose.

Upon retirement in 2005, Claude sided with the majority of the 38 Taittinger heirs, many of whom were tired of paying large annual taxes, when they decided to sell Groupe Taittinger, including the family’s Champagne house. In 2006, Claude’s nephew, Pierre-Emmanuel, with whom Claude had worked for many years, secured financial backing to acquire Taittinger Champagne. It was a move that took the wine world by surprise, putting the house back in control of a Taittinger family member.

Claude is survived by his wife, Catherine, his daughters Brigitte, Virginie and Christine, 12 grandchildren and nine great-grandchildren.