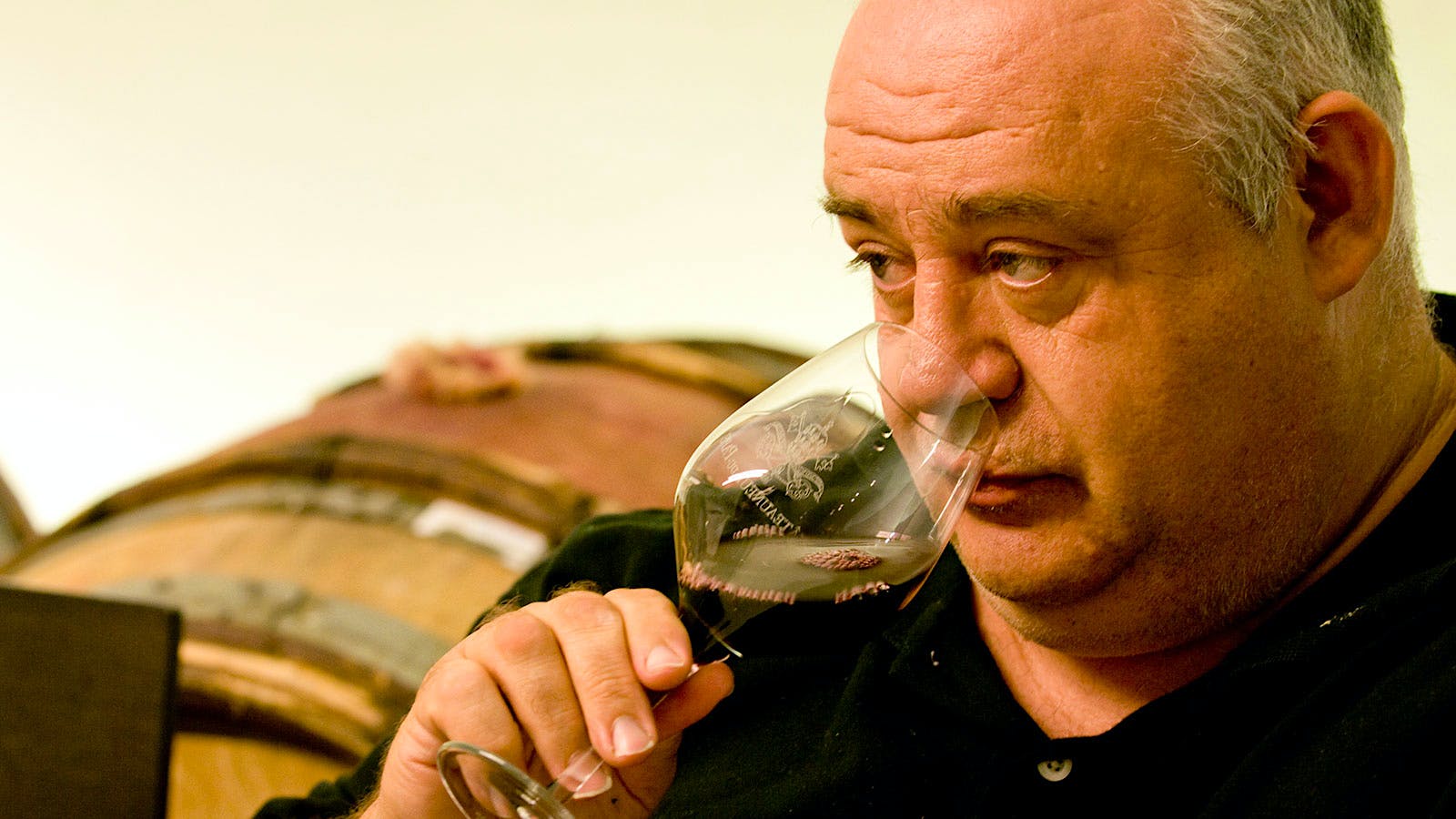 Philippe Cambie, one of the most influential winemakers in the Southern Rhône Valley, has died Dec. 18, just a month shy of his 60th birthday. Cambie was consulting winemaker for dozens of wineries in Châteauneuf-du-Pape and the surrounding appellations of the Southern Rhône and in the Languedoc. He was also owner of his own Southern Rhône wine brand, Les Halos de Jupiter, and co-owner of two brands, the Provençal project Calendal and the California Pinot Noir project Beau Marchais.

Cambie moved to Châteauneuf-du-Pape in 1998 to work as a technician at an enology lab and began consulting as a winemaker for friends. He soon became in demand, known for his knowledge in the cellar and the vineyards and for his passionate drive.

He was also larger than life, a 6’2″ giant of a man who loved great food, wine and friendship. A lifelong bachelor, he was most happy sitting at the table of an excellent restaurant, surrounded by friends, or cooking in his own kitchen for them.

“Philippe’s winemaking expertise was only exceeded by the generosity of his heart,” said California vintner Adam Lee, Cambie’s partner at Beau Marchais.

Cambie was born in 1962 in Pézenas, in the heart of the Languedoc’s Herault wine region. His father, Yves, worked as a banker. His mother, Jacqueline, came from a family of grapegrowers. In a 2012 interview with Wine Spectator, Philippe said he learned to cook by her side in the kitchen. He said he learned teamwork, discipline and focus on the rugby pitch. Always large, Cambie took to rugby as a teen and played in amateur and semi-professional leagues for much of his young adult years.

After studying food chemistry and working at a brewery, Cambie changed direction and studied enology at the university in Montpellier. In 1986, he moved to Châteauneuf, working at a bottling plant as part of his studies and playing on a regional rugby squad. Some of his future clients played on the team with him; others were fans.

After several years trying out various jobs on the less glamorous side of wine, including a stint as director of a bottling plant for a large négociant and a job as sales director for a cork firm, Cambie returned to Châteauneuf in 1998, taking a job as an enologist at a nearby laboratory that provided technical support and advice to area wineries. Then he was asked a favor. “Some friends needed help one harvest, and since I was an enologist by training, I said, ‘Fine, I’ll do it,'” he recalled.

The friends were the Giraud family. Pierre Giraud was an old rugby teammate whose family had been farming and selling grapes in Châteauneuf for years and now wanted to make their own wine. Cambie brought the attention to detail and technical proficiency that a new winery needs, and they taught him about farming. Today Domaine Giraud, now run by Pierre’s two children, is a thriving, top estate.

Soon more wineries were asking for help, including Les Cailloux, Clos St.-Jean and Domaine St.-Préfert. The list swelled rapidly. He quickly became known for both his skill in the cellar but also in the vineyard, urging vintners to farm organically and to treat each vineyard plot differently, based on its soils and microclimate. He was an apostle for Grenache, the leading grape in Southern France, arguing it could rival grapes like Cabernet Sauvignon and Pinot Noir if treated properly.

Cambie used his many clients as an asset, visiting multiple vineyards and cellars each week, which allowed him to sense how each vintage was developing and share that knowledge with all his wineries. It was a grueling schedule, one that kept him on the road or on his feet constantly. When he was sitting, it was often for marathon tasting sessions, to help his clients see how the wines were developing and how to blend.

Along the way, he became the region’s most in-demand and recognized consulting winemaker. While he never imposed a recipe on his clients, he was a fan of destemming Grenache, which results in a silkier texture, and bottling different lieux-dits (singe vineyard parcels) separately, most often based on soil type. The latter resulted in many of his clients producing small quantities of several cuvées, as opposed to a single blend. He was often referred to as the Michel Rolland of the Rhône, in homage to the influential Bordeaux-based consultant. It was a nickname he enjoyed.

He could be demanding, pushing his clients to work as hard as he did. But he also pushed them to think about what kind of wine they wanted. What was their vision and how could he help them accomplish it?

“His approach to his craft was very intuitive and he always tried to first understand the person behind the winemaker he was helping,” said Michel Gassier, owner of Vignobles Michel Gassier, who was a client and a close friend. “A great listener, he helped us make our wines, not his. His biggest kicks came from watching winemakers come out of anonymity by helping them produce exceptional wines.”

Cambie freely admitted that he was obsessed with his work. “I am moody. I am tortured by my mistakes,” Cambie said. “In 2002, the harvest was horrible. I was sick the entire time. I hate to lose.”

In 2019, Cambie came to America, partnering with Adam Lee, the co-founder of Siduri wines, on a California wine brand called Beau Marchais, focused on single-vineyard Pinot Noirs. He was energized about exploring a new grape and new terroirs.

As a winemaking partner, Philippe was always seeking the best wine,” Lee told Wine Spectator. “He came into making Pinot Noir (a grape he’s never worked with) with definite ideas on what to do, but he was open to changing things if circumstances or my own experience led to us to doing something different.”

Cambie is survived by his mother, Jacqueline, and his brother, Gilles.