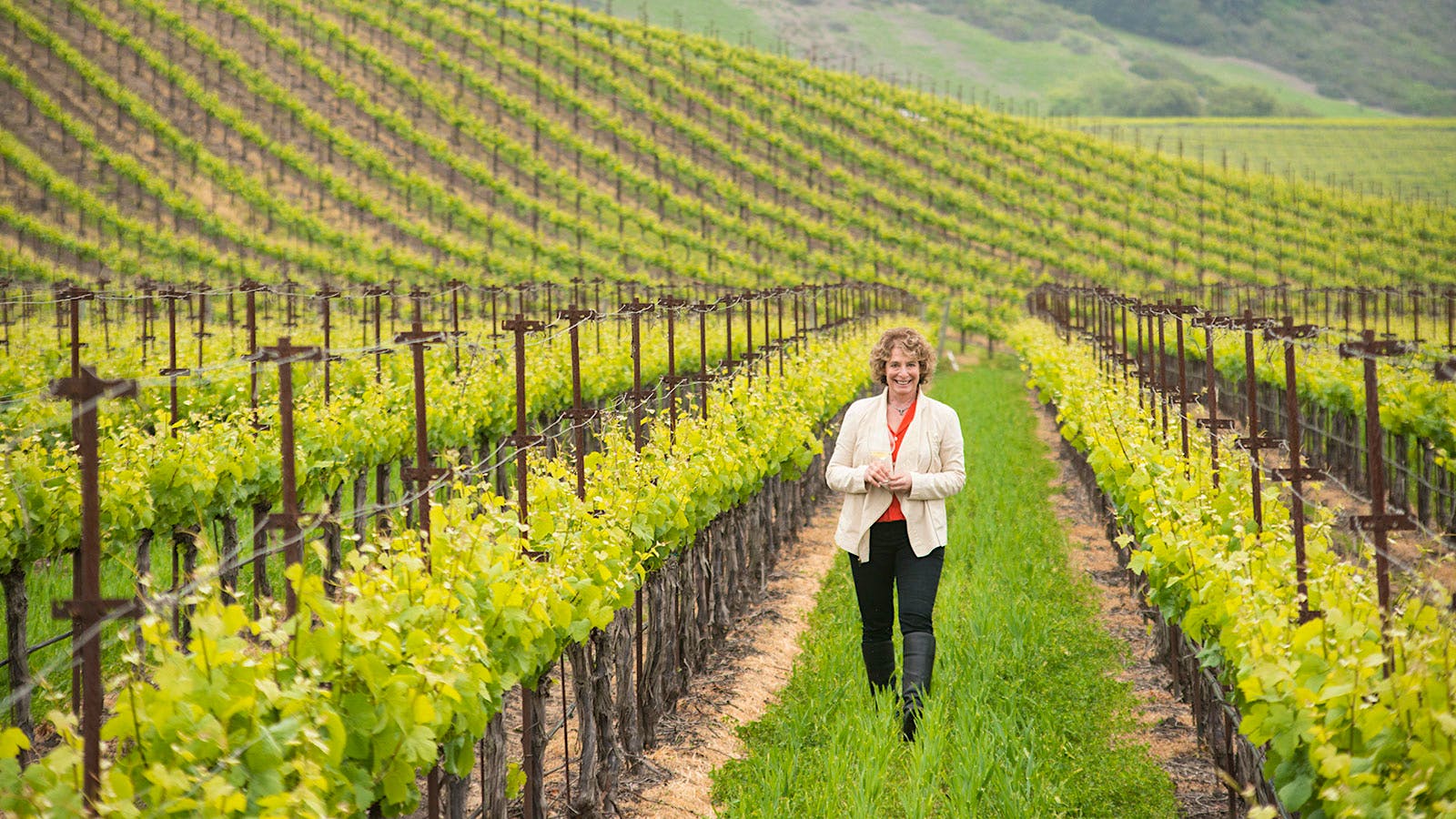 One of Santa Barbara’s top vineyards is changing hands. Kathy Joseph is selling her 100-acre Fiddlestix Vineyard to a partnership led by Justin Willett of Tyler Wines. The sale price for the Sta. Rita Hills property was not disclosed, but Willett and company will take over ownership of the land, while Joseph will release wines from the estate vineyard at least through the 2021 vintage and shift focus to her Fiddlehead Cellars brand.

Joseph is among the region’s pioneers, purchasing the land in 1996, five years before Sta. Rita Hills became an AVA. She took over a flower farm and planted her first vines in 1998. To maximize her investment, she planted 100 acres, predominantly Pinot Noir.

“I have to share a bit of history to get to the answer [of why sell now],” Joseph told Wine Spectator. “I only wanted 15 acres, but I was required to purchase 100,” she laughed.

True to her plan, over the past 25 years Joseph has only kept 15 acres’ worth of grapes each harvest for her small brand, Fiddlehead Cellars, selling the remaining crop to wineries such as Bonacorsi, Dragonette, Fess Parker and others. “I was growing for 20 buyers, and I never felt like I had enough time,” she said. So now she’s turning her focus to winemaking. “I’ve always thought of my brand as me, thinking outside the box.”

Recently, Joseph found herself at the center of the cannabis and vineyard conflicts in the area but says that it did not play a role in her decision to sell. “I reached a mutually beneficial agreement with neighboring farmers, where I could farm the way I wanted to without any compromises, and that can be carried on with new ownership.”

The decision to sell didn’t happen overnight. “Justin is a respected local, so I’m not selling to some huge outside interest,” she said.

Willett is partnering in the deal with Erik Mallea and Todd Gray, already his partners in Willett-Mallea Farming, and longtime friend and entrepreneur William Borgers. A Santa Barbara native, Willett founded Tyler in 2005, sourcing grapes from vineyards including Sanford & Benedict, La Encantada and La Rinconada. Annual production is between 8,000 to 10,000 cases. He also farms his own estate vineyard, Mae Estate, which he established along Highway 246 near Clos Pepe and Melville in 2017.

Willett told Wine Spectator that the chance to add Fiddlestix to his portfolio of wines was very compelling. “You can’t recreate 25 years of vine age in the cellar,” he said, noting that he made wine from Fiddlestix in 2005 and 2006, and to now own that property and be able to compare and contrast either side of the appellation will be an exciting look into what’s possible with Sta. Rita Hills.

Willett said his team plans to convert the vineyard to organic farming and aims to replant a fifth or quarter of the vineyard to Chardonnay. “The sections with alluvial soils scream Chardonnay,” he said. “Chardonnay is underplanted in Sta. Rita, in my opinion, and as good as the Pinot Noir is, Chardonnay can be a star.”

As for Joseph, she hasn’t decided if she’ll continue to use Fiddlestix grapes, but she’s still committed to Sta. Rita Hills. “I want to grow Fiddlehead in new ways that I never had a chance to explore because I had to devote so much time to farming,” she said. “I have some superb wines yet to be released, and I love the fact that I haven’t made commitments with particular growers. So I think I’ll wait for something to light my fire.”

How to Make Mead Part II – Honey Wine – The Only Mead Recipe You Will Ever Need
Cava Bubbles Up
Recipe: Poached Pears in Mulled Wine with Gordon Ramsay
How to Taste Wine: 5 Key Components to Consider
Let’s Explore Rosé! | Wine Folly