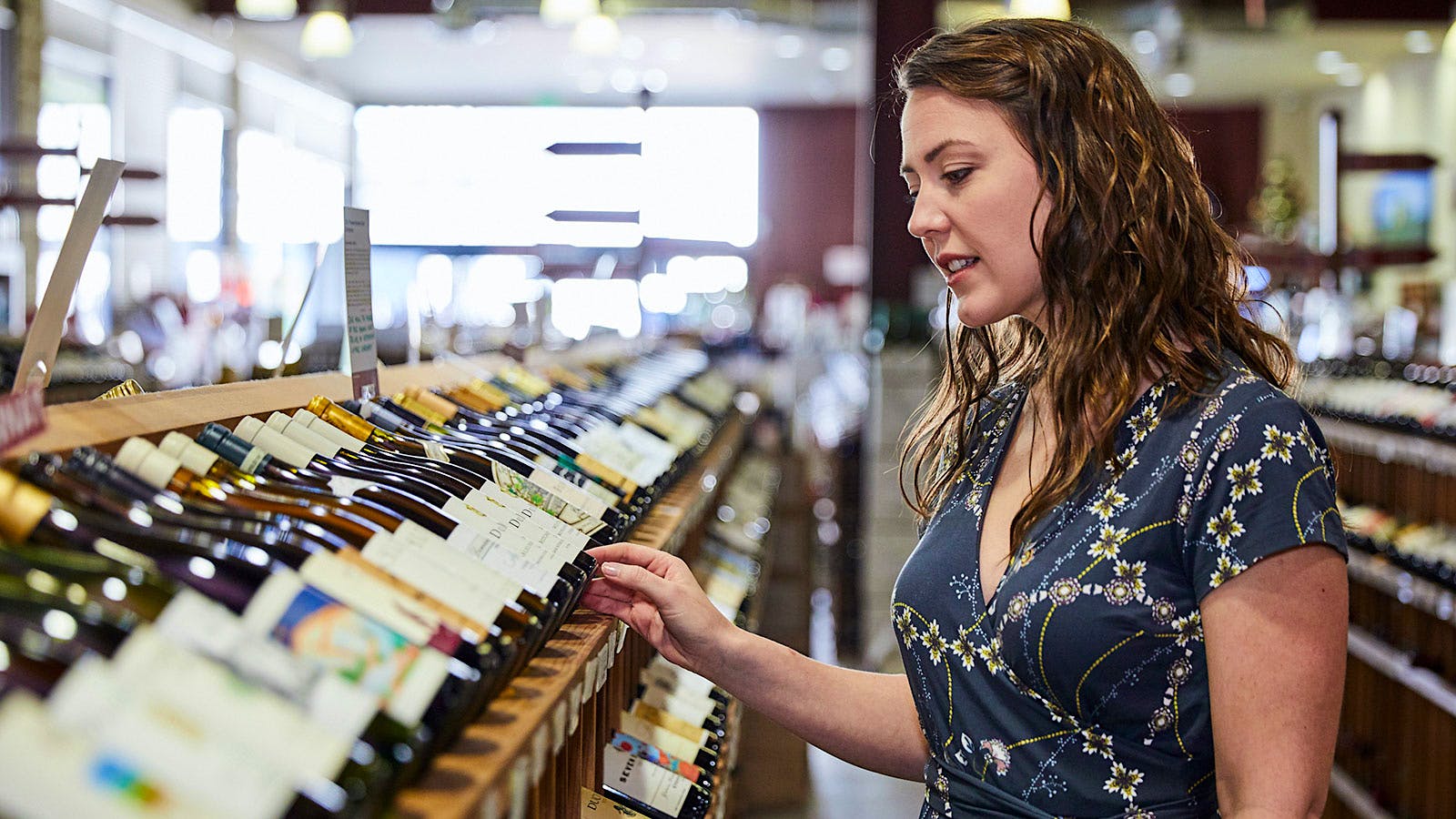 Wine has been largely absent from the raging debate over inflation in recent months. While the wholesale price of beef is up by 20 percent and gas costs are at their highest level in seven years, a bottle of wine has been one of the few products consumers could count on to stay stable.

Not for long. Because grapes are harvested just once a year and wine reaches the market through a multitier distribution network, price pressures have simply not caught up to consumers yet. When they do, the perfect storm of inflation (up 6.2 percent in the United States in the past year, the highest rate in decades), supply chain bottlenecks, a small global grape harvest and a surge in demand will mean consumers should brace themselves for spikes in wine prices.

“I’ve never seen inflationary pressure like this,” said Rocco Lombardo, president of Wilson Daniels, an importer that represents wineries like Biondi Santi, Domaine de la Romanée-Conti and Champagne Gosset. “The massive escalation in the cost of dry goods—glass, corks, labels, cardboard—is actually hyperinflation. Labor and energy costs have skyrocketed. No producer, region or part of the wine industry is immune, and you will see price increases very soon.”

Wine isn’t as volatile as other consumer goods, so it’s historically less subject to price fluctuations. While the overall inflation rate between 2004 and 2021 was 2.11 percent, wine prices only climbed 0.73 percent.

But today’s market challenges have left producers little choice, says Miguel Torres Maczassek, general manager of Familia Torres, one of Spain’s leading wine brands. “There is a sense of caution among producers as nobody is interested in price increases, especially in the middle of the post-pandemic recovery,” he told Wine Spectator. “But for many, there is no option. Costs keep going up and most distributors around the world have already absorbed the higher costs for shipping wines. They must pass them to the market.”

Most winery owners say they have done everything possible until now to maintain pricing. “We held our prices in 2021, but will have to take increases in 2022 within the first part of the year,” said Enore Ceola, CEO at Freixenet Mionetto USA, a leading sparkling wine company. “Everyone worked to delay increases just before the holidays but we will see prices going up between 10 and 15 percent, or even 20 percent on some wines.”

Imported wines are battling the most challenging issues. “Price increases are going to be commonplace on imported wine in 2022 because the cost of containers and general freight are up in excess of 100 percent,” said Marc Taub, president and CEO of Palm Bay International and Taub Family Selections, which represents dozens of brands including Cavit and Castello di Fonterutoli.

Disastrously small harvests in regions such as Burgundy, the Loire and Provence, will compound price pressure. Taub says his winery clients are “attempting to be as modest as possible,” but he warns consumers to expect prices to start edging up early in 2022. “Fierce competition in the wine industry will keep the increases moderate, but prices across all wine categories will absolutely go up,” he said.

Consolidation in companies that control ocean cargo shipments, along with the steadily climbing cost of crude oil, has driven shipping prices up. “When oil barrel prices get to the mid-$80s, that has a big impact,” said Lombardo. “It used to cost us approximately $10 to ship a case of wine from Western Europe to the U.S., and it’s now $15—that’s a 50 percent increase.” Other importers, like Taub, report jumps even higher than that.

Many retailers know what is coming—and see high demand adding fuel to this fire. “We are seeing the beginnings of some serious price hikes,” said Cyrus Tolman of Houston Wine Merchant. “I think they will most impact the regions in highest demand: Bordeaux, Burgundy, Tuscany, Rioja and Napa. Wine buyers could end up with prices that skyrocket 20 to 25 percent within a year.”

Brooke Sabel, wine director at Gary’s Wine & Marketplace in New Jersey, is already seeing wine prices “increasing at every level.” For national brands, that bump is between $1 and $3 per bottle, she observes, and even higher for boutique brands.

And forget about deals. “An overlooked repercussion of this is that retailers can’t get access to large volumes of certain brands at a quantity discount, so we are unable to offer any discounts to our customers—particularly with Champagne,” Tolman adds.

None of this, however, will dampen the appetite for elite wines one bit, insiders project. These are regions that have seen prices inching up for many years, unrelated to inflation. “We have not seen any slowing in the super-premium category at all; there is a very strong demand for luxury wines from Burgundy, Piedmont and Tuscany where prices have been climbing for years,” Lombardo said. “There is a thirst for quality wines from great producers and that is not changing.”

What about everyday wines?

Domestic wines won’t be spared price hikes either, nor will wines in the value end of the spectrum, which will be forced to take bigger percentage step-ups. “We haven’t raised prices in five years, but that is all changing now starting with constrained grape supply based on back-to-back short harvests in California,” said Jeff O’Neill of O’Neill Vintners & Distillers, which owns many wine brands and also operates as a grape supplier to other brands. High-end wines benefit from a cushion of larger margins, and “have always increased price based on exclusivity and scarcity, a slightly different model,” he said.

For wines in the $8 to $30 price range, O’Neill anticipates, at a minimum, 10 percent higher pricing across the board. “Many wines today that sell for less than $30 per bottle move through the system pretty fast,” and reflect a changing economy more quickly than wines that age longer in cellars before release, he explained.

“For certain wine categories like our single-vineyard wines, it is true that the impact of a short or a large harvest is something that might not come into the market for many years,” said Torres. “Younger wines don’t have much flexibility, as the production time is shorter.”

While Champagne is experiencing its own headaches of shortages and logistics nightmares, within the world of affordable sparkling wines like Prosecco and Cava, price increases loom large on the horizon: Ceola estimates that consumers will see increases of $2 to $3 per bottle for wines in the $10 to $17 range, and a $3 to $5 bump up for those falling between $20 and $30.

Just how long will higher prices stick around?

The U.S. Federal Reserve and many market analysts advise that inflation won’t last, as it’s merely the result of “transitory factors,” including shutdowns and restarts in multiple economies. Some in the industry take a similar view. Blake Leonard, vice president of her family’s eight independently owned retail stores, Stew Leonard’s Wines & Spirits, told Shanken News Daily, a sister publication of Wine Spectator that, although her business is seeing these rising costs coming, she believes “this is a temporary disruption and our stores are not raising prices because we anticipate it will all settle.”

Others are not so sure. “This is not transitory,” said Lombardo. “We are now going into three quarters of these inflationary pressures and I think it is going to be longer term. Until demand is depressed, I think we will continue to see price escalation.”

Besides, Ceola adds, because there is only one wine harvest per year, “which dictates pricing for the next one to five years, it’s a slower process than other consumer goods.”

Even by conservative estimates, prices will remain elevated for more than a year. “Overall price increases will be felt throughout 2022 and 2023,” says O’Neill.

Yet in spite of high demand for wines across the price spectrum, and relatively short supply, the fierce competition within the wine market will keep runaway pricing in check. There remains an abundance of choice for wine drinkers, says Taub. “Wine is different from most other consumer goods. There is wine sold at every price tier, and there are an inexhaustible number of wine choices out there,” which is why producers are reluctant to increase prices.

Inflation could also drive experimentation and may benefit lesser-known regions. “This will lead more people to look outside some of those blue-chip wine regions in search of better value,” said Houston Wine Merchant’s Tolman. “While there are diehard collectors of Burgundy that will only ever purchase Burgundy, many collectors and everyday wine drinkers are looking for new bottles that deliver more wine for less money. Maybe this is the catalyst that will tilt the scales in favor of smaller producers and less famous wine regions.”