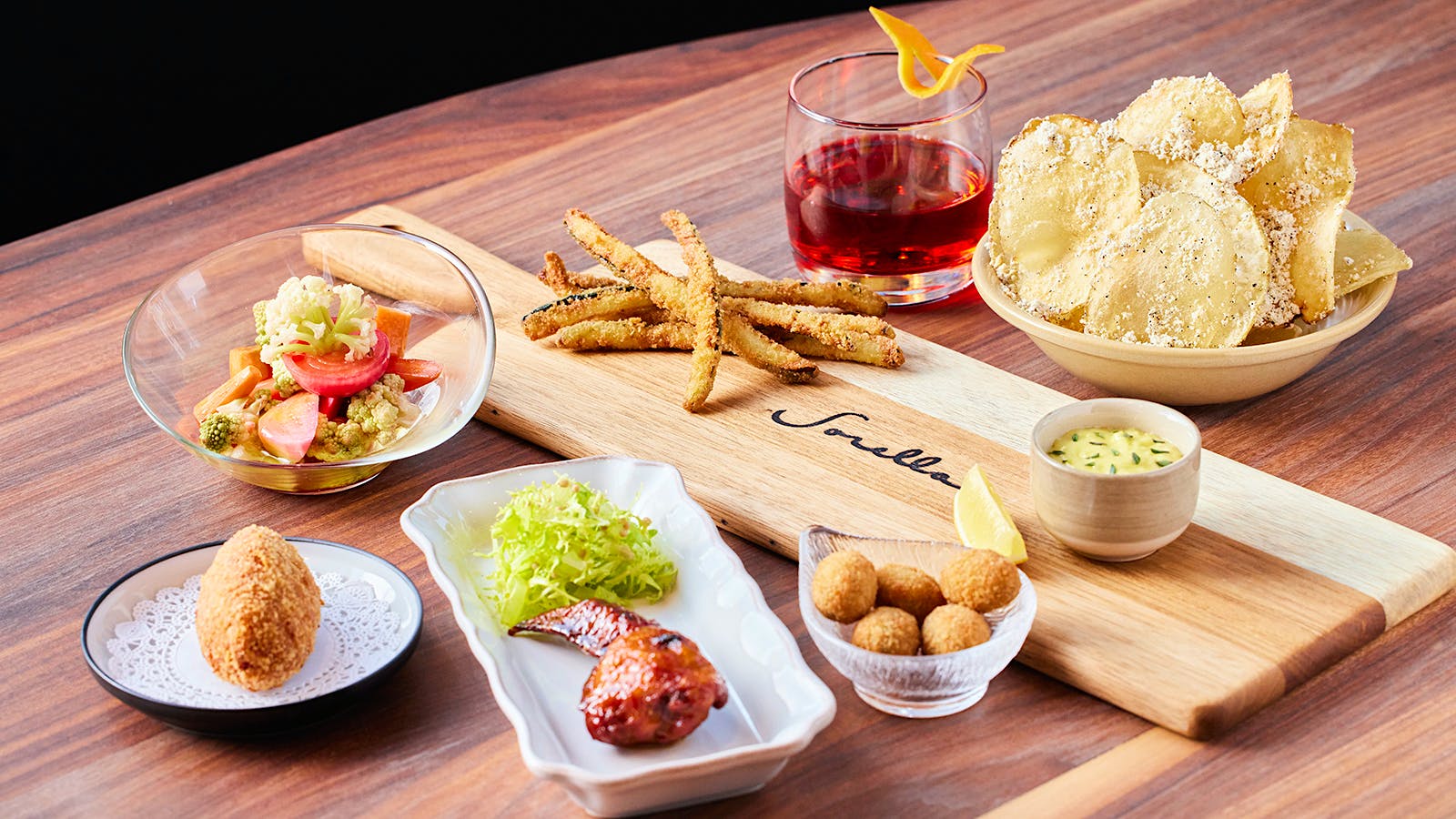 The team behind Wine Spectator Grand Award winner Acquerello in San Francisco opened Sorella (Italian for “sister”) on Dec. 1. “After spending 32 years perfecting the fine dining experience at Acquerello, we are ready for a new challenge,” co-owner Giancarlo Paterlini told Wine Spectator via email. “The time feels right for us to introduce a more casual, versatile restaurant experience that translates to the next generation of diners and allows our team to grow and evolve in new ways.”

Acquerello wine director Gianpaolo Paterlini is curating the new restaurant’s 60-label program in a consulting role. Like Acquerello, Sorella’s wine list centers on Italian appellations, such as Chianti Classico, Barolo and Barbaresco. This includes bottles from well-known estates like Piedmont’s Fratelli Brovia and Tuscany’s Fontodi. The 500-bottle inventory is largely sourced from Acquerello’s cellar, though the plan is for Sorella’s wine collection to eventually become its own entity, and Paterlini expects it to grow to about 1,000 bottles.

“We want wine to be fun and approachable for our guests, so the list focuses on classic regions and low-intervention winemaking,” Gianpaolo Paterlini said. “But I’m always on the lookout for exciting new producers that innovate with respect to tradition and terroir.”

The list will change regularly to represent a wide range of producers, mostly at prices ranging from $50 to $95 per bottle. “At Acquerello, we have over 2,000 selections from every region in Italy and verticals are a huge part of the program, as we want guests to come to us knowing they can find just about anything they’re looking for,” Paterlini said. “At Sorella, we hope that a concise list with very fair prices will encourage a new generation of wine drinkers to discover new wines while seasoned wine lovers will find some of their favorite classics.”

Designer Tava Lloyd of Harbour Creative helped create the restaurant’s interior, which features a handmade partition between the bar and the dining room, and a neon “Sorella” sign. “We designed Sorella to be lighthearted, lively and neighborhood friendly,” St. Onge said. “The kind of place that checks the box for a weeknight dinner as well as Saturday night cocktails and bites.”—Collin Dreizen

Chef and restaurateur Jean-Georges Vongerichten opened Drusie & Darr at the Hermitage Hotel in Nashville, Tenn., on Nov. 17. Vongerichten’s first Southern location outside of Florida, the restaurant joins his namesake Grand Award winner in New York, as well as his other Restaurant Award–winning concepts: Jean-Georges Steakhouse, the Mark Restaurant by Jean-Georges and Jean-Georges in Philadelphia.

“It’s an honor to be part of the growth of Nashville’s prominent food scene,” Vongerichten told Wine Spectator via email. “With Drusie & Darr, I wanted to contribute my style of cuisine, but also incorporate the tastes and flavor preferences of Nashville.”

The chef’s corporate wine director, Rory Pugh, currently manages the 90-label list, though a new wine director for Drusie & Darr will be appointed soon. As with Vongericthen’s other restaurants, the list focuses on French regions like Burgundy, Bordeaux, Champagne, the Loire and the Rhône Valley. It’s rounded out by wines from California, Italy and Spain. “[The] wine list has a focus on the classics with newer discoveries placed throughout,” Pugh said. “We wanted to show off a range of our guests’ favorite wines.”

Drusie & Darr’s dining room was crafted by designer Thomas Juul-Hansen with muted colors and bold lighting that accentuate the space’s vaulted ceiling. A few original Beaux Arts details from the historic space have been preserved, including the restaurant’s oak walls.

Named after the children of the Hermitage’s former general manager, Dick Hall, Drusie & Darr was developed as part of a wider restoration of the nearly 112-year-old hotel. Additionally, Vongerichten will open a café in the hotel called the Pink Hermit in January 2022. “It’s a privilege to be in Nashville, a city that welcomed me so warmly,” Vongerichten said. “I hope to give that and much more back.”—C.D.

The beverage program is led by Knead’s beverage director, Darlin Kulla. In addition to a strong selection of French aperitifs like Lillet, Bonal and Suze, it features a nearly exclusive French wine selection of 60 labels, with additions of traditional method sparkling wines from around the globe. This includes Thibaut-Janisson’s Extra Brut Blanc de Blanc from Virginia, South African Cap Classique Brut from Graham Beck and traditional-method Brut from Ferrari in Trento, Italy. At just over 40 labels, the bottle list offers picks from across France, including lesser known regions like Jura and Corsica. The remaining 17 selections are available in 5- or 8-ounce carafes and also span the entirety of France, but highlight sparkling wines.—Taylor McBride