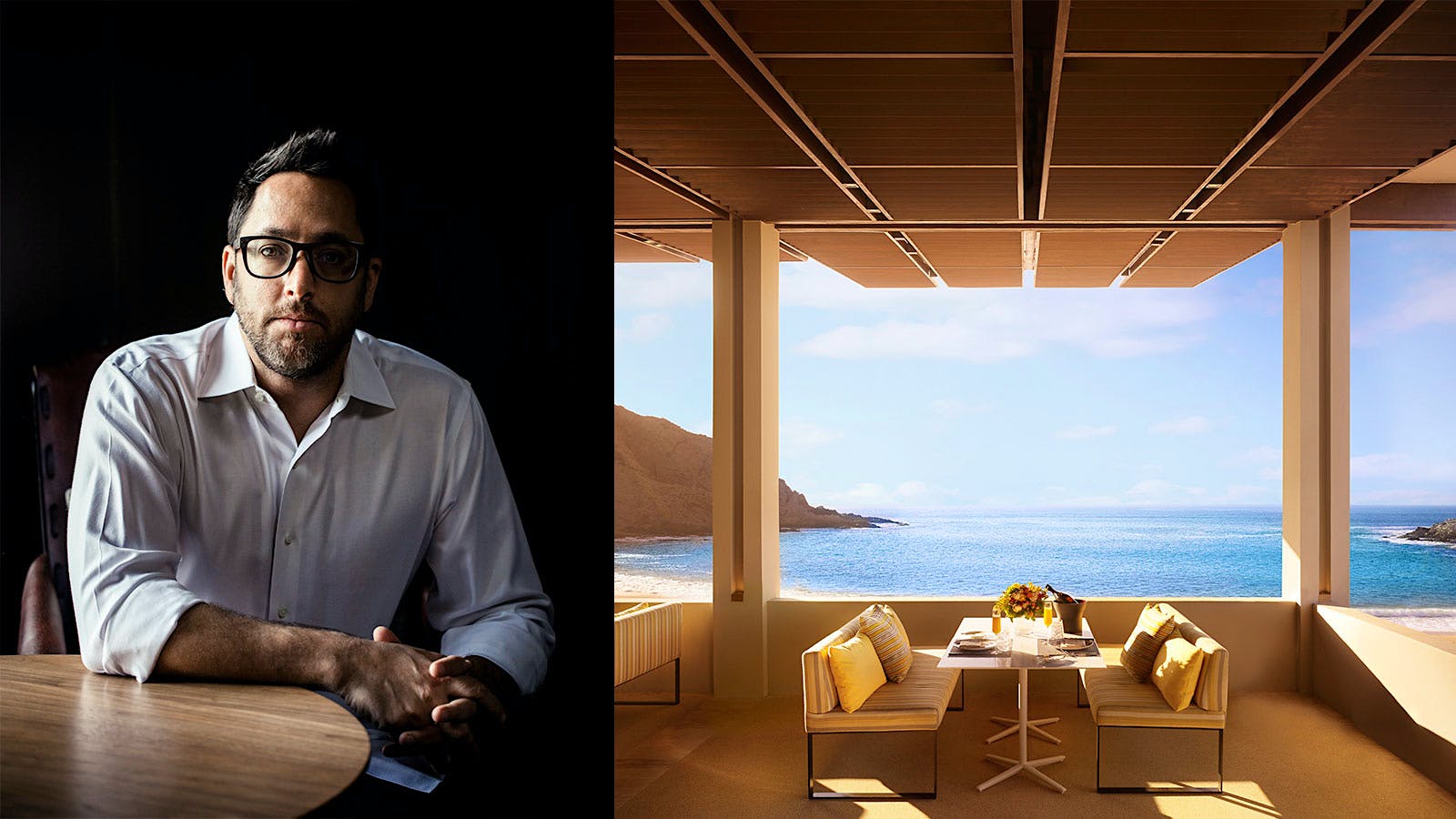 While chef Christopher Kostow’s Wine Spectator Grand Award–winning Restaurant at Meadowood has yet to be rebuilt after it was largely destroyed in the September 2020 California wildfires, his more casual Napa restaurant, the Charter Oak, is up and running. Now, the chef is bringing that concept to a pop-up at Montage Los Cabos.

“The whole idea was to take the menu highlights that Charter Oak does, utilizing a lot of ingredients from the Baja, to give that sense of place,” said Daniel Diaz, director of food and beverage at the Baja California resort.

Called Charter Oak by the Sea, the two-night dinner series is scheduled for Nov. 26 and 27. Sixty diners per night will enjoy a multicourse menu, a collaboration between Kostow and Montage Los Cabos executive chef Xavier Salomon. The event is also a collaboration with Josh Phelps of Grounded Wine Co., who will pair the meal with various wines from his California and Oregon labels.

“We thought his wines and his winemaking style are very fitting for what we’re doing here,” Diaz said. He notes that the goal was to create an organic and natural collaboration rather than bringing in big names for the sake of it; Phelps and Kostow are longtime close friends, and Kostow has visited the resort multiple times. “Everyone knows [Kostow] by name. Everyone was extremely, extremely sad when the Restaurant at Meadowood went through the fires last year,” Diaz said. “So he’s very connected to us, and we’re very happy to have him back with us.”

Kostow’s menu will draw on his restaurant’s signature style and techniques as well as the local cuisine, resulting in dishes like whole suckling pig with sofrito, handmade tortillas, grilled local fish and a horchata-based dessert. Following craft cocktails and a bar showcasing Mexican spirits, featured wines will include selections like Grounded Wine Co.’s 2020 Provence-style Space Age rosé from California’s Central Coast and 2019 Landform Pinot Noir from Oregon’s Willamette Valley. The team is also considering adding a Mexican wine to the lineup.

Everything will be served at outdoor tables alongside the water, with live music and a wood-fired grill, a nod to the one at the heart of Charter Oak’s home venue.—Julie Harans

Michael Mina Brings the Bungalow Kitchen to the Bay Area

As the breezy and comfortable setting suggests, the Bungalow Kitchen is meant to feel like a homey living room. (AVABLU)

“[We] imagined the clubhouse to serve as a place where people can come for a mid-week bite, nightcap cocktails, weekend brunch and everything in between on a daily basis,” Mina told Wine Spectator via email. “We noticed that type of concept was not yet present in Tiburon.”

The two-story restaurant features a diverse 150-label wine program overseen by Mina Group corporate wine director Jeremy Shanker, offering Champagnes, Sonoma Chardonnays, Napa Valley Cabernets, Piedmont Nebbiolos and Burgundies. This includes leading Golden State names like Dominus and Harlan Estate. The list gets even more local with a full page devoted to wines from Marin County, which Shanker describes as “a California wine region with incredible high-quality potential and many hidden gems, despite being very much overlooked.” Another section of the list highlights bottles to pair with some of Bolthouse’s favorite music, which plays over the restaurant’s speakers.

Alongside these beverages, diners can dig into Mina’s distinctive California cuisine. While there are similarities to the menu in Long Beach, the Tiburon location draws significantly from seasonal, local ingredients. Dishes include ahi tuna tartare, caviar parfait with crispy potato cake and smoked salmon, wild mushroom agnolotti with black-truffle crumble and lobster pot pie. “We wanted the Bungalow Kitchen to feel like an extension of guest’s living rooms,” Mina said. “So we created a menu that is at once familiar and comforting yet elevated.”

Swedish designer Martin Brudnizki created a casual atmosphere enhanced by a brass-accented bar and floor-to-ceiling windows with views of San Francisco Bay. “Now that Martin’s vision has come alive, I feel like this is our love letter to Tiburon,” Bolthouse said in a statement.—Collin Dreizen

Gotham, a New York Institution, Returns with Some Familiar Faces

After more than a year and a half, famed New York City destination Gotham Bar & Grill has returned to service. As of Nov. 9, the restaurant—now simply dubbed “Gotham”—welcomed guests once again for American fine-dining in its storied space.

Led by former general manager–turned managing partner Bret Csencsitz, the reopening has been highly anticipated thanks to the restaurant’s 35-year history. Just months before its closure, Gotham had launched efforts to modernize the dining experience by renovating the space and enlisting chef Victoria Blamey to lead the kitchen. The current reopening takes a similar approach, refreshing the interior dining space and naming Ron Popracki as the executive chef. Previously the restaurant’s pastry chef, Popracki will honor Gotham’s ethos of offering refined American staples like tuna tartare, while introducing plates like halibut served with artichoke and Riesling sauce and lamb with a citrus emulsion and endive to the rotation.

Gotham is also a former longtime Restaurant Award winner, earning its first Award of Excellence in 1991. By 2011, the restaurant received the Best of Award of Excellence for its list that neared 2,000 selections at the time of closure. Assistant general manager and beverage director Jason Davies has taken charge of the list, which currently offers about 220 selections, with 22 available by the glass. Davies says the list is designed to be dynamic, but emphasizes bottlings from Piedmont, Champagne and Burgundy.—Taylor McBride

Common Mistakes Ordering Wine At A Restaurant
Fleurie 2015 Les Moriers, Domaine Chignard
Chateau Crusquet de Lagarcie 2019 Blaye Cotes de Bordeaux, France
How to Make Wine from Fruit Juice – The Only Wine Recipe You Will Ever Need – Part I
Ordering wine at a restaurant: tips from a sommelier | Guardian Food