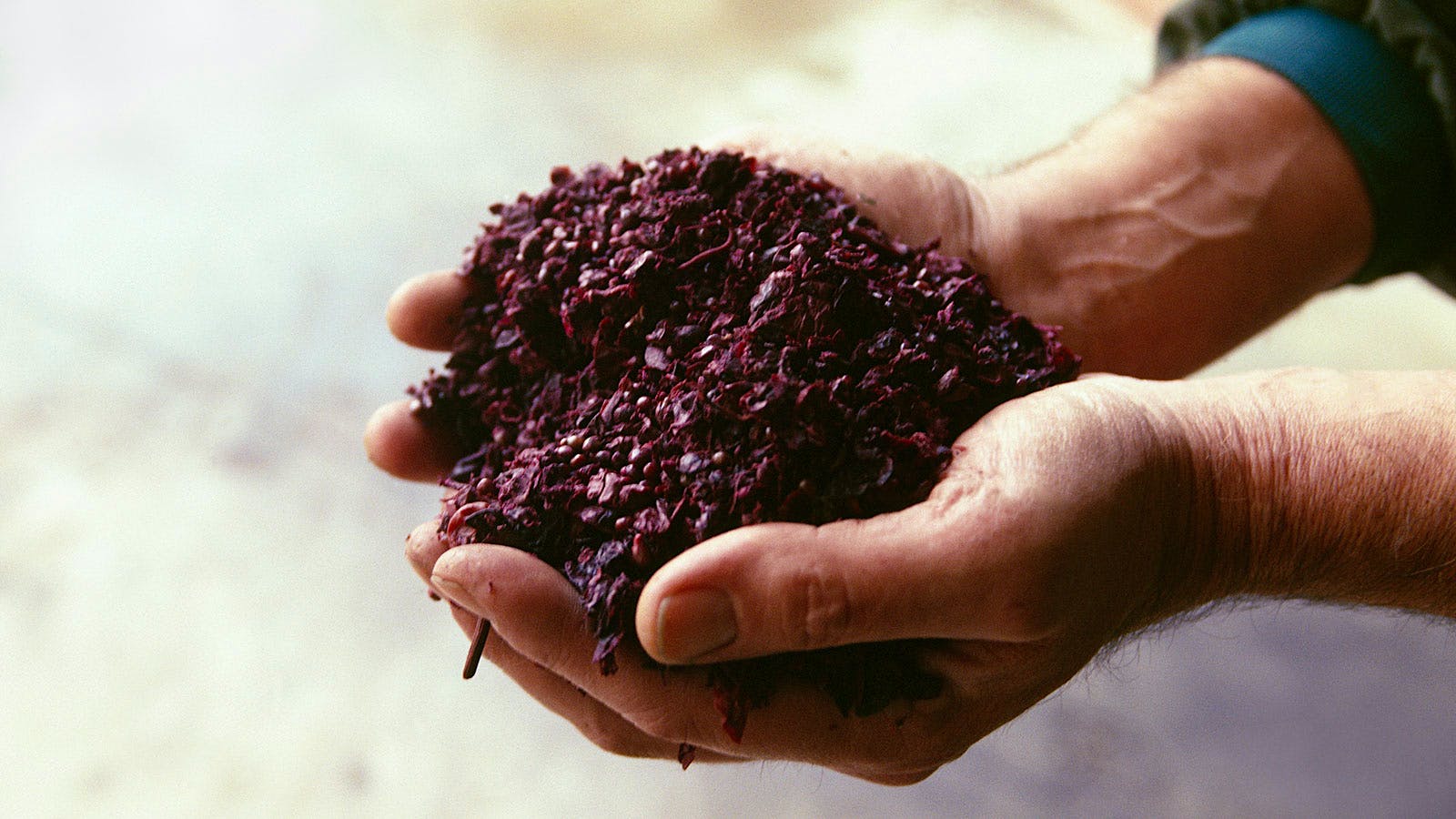 Vintners are increasingly looking for ways to reduce their waste. One option is recycling pomace, the skins and seeds left over after juice is pressed from grapes. There are now multiple studies showing pomace’s potential health benefits too.

“This byproduct of making wine has important potential,” Elad Tako, lead researcher and associate professor of food science at Cornell’s College of Agriculture and Life Sciences, said in a statement. “If we can use the pomace to either extract key compounds or use them as a dietary ingredient to fold into food, then grape pomace can be a very sustainable source of nutritional compounds with demonstrated health benefits.”

For the study, published in the journal Nutrients, Tako and his team collaborated with Dr. Justine Vanden Heuvel from Cornell’s College of Agriculture and Life Sciences to source grapes from the university’s vineyards across the Finger Lakes region. The team looked specifically at two stilbenes—resveratrol and pterostilbene—which are compounds found in plants. As a subclass of polyphenols, these two stilbenes have been found primarily in grapes and are believed to reduce the risk of cardiovascular disease and diabetes. But little is known about how the body metabolizes such compounds.

After collecting pomace samples of Cabernet Franc, Concord and Noiret, Tako’s research group extracted the two stilbenes and injected them into chicken eggs, a model developed by Tako before this study. “There is a considerable similarity at the phylum level between the gut microbiota of chicken and humans,” Tako told Wine Spectator. “Due to its rapid maturation, the chicken model has been used as a model of human nutrition.”

Studying these embyros and other, control embryos, the group learned how the resveratrol and the pterostilbene affects the gastrointestinal tract, as well as other physiological systems and tissues. The team discovered that the embryos that consumed the stilbene extracts had enhanced intestinal functionality and ability to absorb micronutrients. With increased gut health, the researchers see this as a promising breakthrough to harnessing stilbenes to treat a variety of diseases.

While the team notes the need for further long-term research, Tako’s study adds to the growing list of health and environmental benefits of reusing pomace. “Our research is significant, as it presents the idea of using grape pomace as a sustainable source of stilbenes that can potentially be used as dietary ingredients,” said Tako. “Further, using pomace as a sustainable source of stilbenes … is one of the ways to address conditions such as diabetes.”