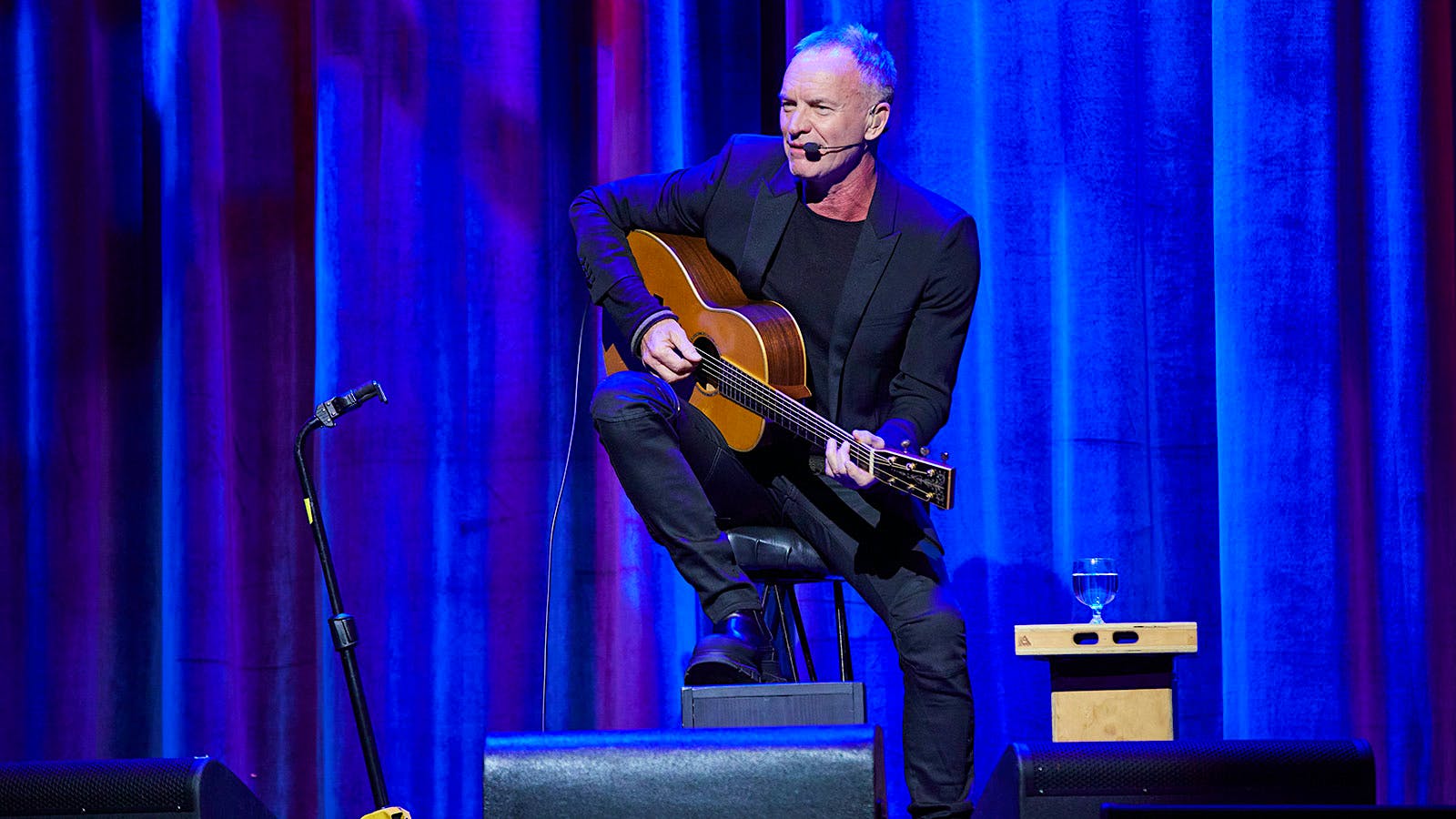 “Man, it feels good to be here,” said California winemaker Mark Aubert, speaking from on stage at the 2021 New York Wine Experience. “If I had to do another Zoom wine tasting ….”

Hundreds of winemakers and wine lovers in the room heartily agreed. After 18 months of pandemic ups-and-downs and uncertainty, the Wine Experience returned to the Marriott Marquis in New York’s Times Square for a weekend filled with outstanding wines, education, entertainment, friendship and sheer fun. Attendees also came to raise a glass to the Wine Experience itself, celebrating its 40th anniversary and taking stock of the dramatic changes the event has seen, including multiple recessions, the aftermath of the 9/11 terrorist attacks and now a global pandemic.

Pulling it off wasn’t as easy as popping the corks on the 12,121 bottles of the 270 wines that were served over three days. To keep guests safe, all attendees had to show proof of vaccination, and masks were encouraged. Attendance was reduced to allow for spacing. The nightly Grand Tastings, which normally allow for 2,000 to 2,500 guests, were limited to 1,000 per night. Seminars, usually open to 1,000 people or more, were capped at 650. There was a long waiting list of people hoping for an opening. And vintners from outside the U.S. had to negotiate special visas to attend.

Mark Aubert came from California to pour one of his Sonoma Pinot Noirs, the No. 2 Wine of 2020. (Daphne Youree)

“The ever-evolving COVID landscape was the real challenge,” said Liz Mott, vice president of events for M. Shanken Communications, Wine Spectator‘s parent company. “The uncertainty of international travel restrictions and local health and safety mandates kept us on our toes. We were frequently having to shift what the program would look like.”

Despite all those hurdles, those who were able to attend were thrilled to be back together, raising a glass in person. As Trudie Styler, actor and co-owner with her husband, Sting, of the Tuscan winery Il Palagio, put it, “For me, the pleasure of wine is drinking it together.”

The 650 guests at this year’s reduced-capacity seminars were treated to a stellar lineup of Bordeaux first growths, Napa Cabernets, top wines of 2019 and 2020, Italian benchmarks and more. (Daphne Youree)

Think different and have passion

Pleasure was in the air during two nights of Grand Tastings. Guests were able to enjoy 210 wines from regions around the globe; each wine had earned 90 points or higher in Wine Spectator blind tastings. And 91 of those 210 had received a classic score of 95 points or more.

Friday morning saw the beginning of seminars, as Wine Spectator editor and publisher Marvin R. Shanken recounted the event’s history, which started as two separate gatherings in 1981: the California Wine Experience, organized by the San Francisco Hotel and Restaurant Association and held at the Fairmont Hotel in San Francisco, and Wine Spectator‘s Grand Award Banquet, created by Shanken and held at Windows on the World in New York. The California event struggled, and the organizers convinced Shanken to take it over; he subsequently merged the two events. “Perhaps my greatest decision was making Wine Spectator Scholarship Foundation the event’s owner, allowing us to provide millions of dollars of donations to worthy institutions,” said Shanken.

Tuscan leader Piero Antinori, who has graced the stage at numerous previous Wine Experiences, made it from Italy to the 40th anniversary event. (Daphne Youree)

In the years that followed, the event became the world’s premier wine tasting and educational experience, an essential gathering not only for winemakers from every continent, but for the most passionate wine consumers. Vintners have repeatedly treated guests to amazing wines, including verticals of renowned classics.

“It’s the shared passion for wine that makes the Wine Experience possible and makes Wine Spectator special,” said Italian wine luminary Piero Antinori, as he spoke from the stage to present his Antinori Toscana Solaia 1997, the 2000 Wine of the Year. Antinori rewarded that passion by serving the final dozen cases of the ’97 Solaia from the winery’s library.

The Tuscan vintner was one of several Wine Stars who presented during the seminars. These provided the opportunity to highlight some of the people who have made the wine industry what it is over the past 40 years. “We have so many legendary figures of the wine world who have come back,” said Shanken.

Shanken himself explained how he was able to convince Ernest Gallo to participate in a rare video interview on the occasion of his 90th birthday in 1999. Notoriously private, Ernest Gallo founded E. & J. Gallo Wines with his brother Julio the year Prohibition ended. This was the first time the video interview was ever shown publicly.

The year of the first Wine Experience, America drank just over 200 million cases of wine. Last year, it drank 337 million cases, and a significant amount of credit belongs to Ernest and Julio, who mastered how to produce reliably high-quality wines in large quantities at affordable prices and also how to market wine to a country with little wine knowledge or history. “[Ernest] was like the Henry Ford of the wine business,” remarked Shanken.

Other wine stars who took the stage included Chuck Wagner of Caymus Vineyards, Prince Robert de Luxembourg of Château Haut-Brion, Bill Harlan and the Gaja family of Italy, who could not attend in person due to visa restrictions, but spoke by video of the growth of Italian wine in the past four decades, thanks largely to the burgeoning American interest in fine wines.

Angelo Gaja believes the success of wine in America is the deep passion of people behind it, adding that he has always encouraged his children “to think different … and to have passion in what they do.”

Wine Experience guests were appreciative of the generosity of the vintners who poured their prized wines, the chefs who prepared delicious dishes and the entire team involved in pulling together the event, which raises funds for scholarships, educational programs and more. (Daphne Youree)

Seminars over the weekend included tastings of the Top 10 wines of 2020 and also the Top 3 wines of 2019. And then there were the chefs. Since 2002, Thomas Matthews, longtime executive editor of Wine Spectator, has assembled four chefs and restaurateurs on stage for a no-holds-barred discussion on wine and food pairing, with each panelist presenting a dish and Matthews and another chef picking wines to pair with it.

As they tasted, Matthews asked about the restaurant industry’s grappling with the ups and downs of the pandemic. He noted that Michael Lomonaco of Porter House had been chef of Windows of the World in September 2001, and asked how he had moved forward after it was destroyed with the World Trade Center’s collapse.

“Every day you wake up and it’s a new day and you start fresh, and this is the chef’s life,” said Lomonaco. “We approach the kitchen without the problems of yesterday. And I think that New York, the nation, the globe is approaching a fresh start. As we learn more we adapt, so adaptability is part of resilience.”

The chefs also paid tribute to their moderator. After more than three decades as Wine Spectator executive editor, Matthews stepped down at the end of 2020, succeeded by Jeffery Lindenmuth. From the response by the chefs, the winemakers and longtime Wine Experience attendees, Matthews’ impact on making the wine world a more thoughtful, more passionate place, was very clear.

“Wine is about emotion,” said Matthews. “That’s really what the Wine Experience is about.”

The Wine Experience would not be possible without the incredible generosity of vintners who donate all the passion-inducing wines of the weekend. All net proceeds from the event go to the Wine Spectator Scholarship Foundation, which has raised more than $30 million for scholarships and grants for the hospitality and wine industries. Foundation beneficiaries have included students at the University of California at Davis School of Viticulture & Enology (924 students to date), Sonoma State University’s Wine Business Institute (the Wine Spectator Learning Center), Cornell University’s School of Hotel Administration, Florida International University’s Chaplin School of Hospitality & Tourism Management and the Culinary Institute of America, among others.

A team of top sommeliers from around the country worked long hours behind the scenes to make sure the bottles poured at the Wine Experience were in perfect condition. (Daphne Youree)

In the past year, the foundation has donated $10 million to expand and update the teaching facilities of Napa Valley College and its Viticulture, Wine and Technology program. It has also supported the Roots Foundation, which provides scholarships and support to members of minority communities who want to work in wine careers. And it donated $250,000 to World Central Kitchen, the organization founded by chef José Andrés that works to feed people in crisis around the world.

Andrés was recognized near the end of the Wine Experience with Wine Spectator‘s Distinguished Service Award for his tireless efforts. Speaking by video from Spain, Andrés said feeding people is about respect. “People don’t want our pity,” he said. “They want our respect.”

Jon Bon Jovi, who teamed up with chef José Andrés during the pandemic to raise funds to help feed people in need, sang his 2020 song “Do What You Can” after a tasting of Hampton Water rosé. (Daphne Youree)

Passion, creativity, respect. Wine can inspire all these things. It can also inspire art, and the weekend highlighted two musical performances, by musicians and vintners Sting and Jon Bon Jovi. As the latter took the stage to perform a new song, his son and partner in Hampton Water rosé, Jesse Bongiovi, addressed the crowd. “I want to raise a glass to an event that has been bringing people together for 40 years.” It was a perfect toast to an incredible four decades and the fresh start to come.