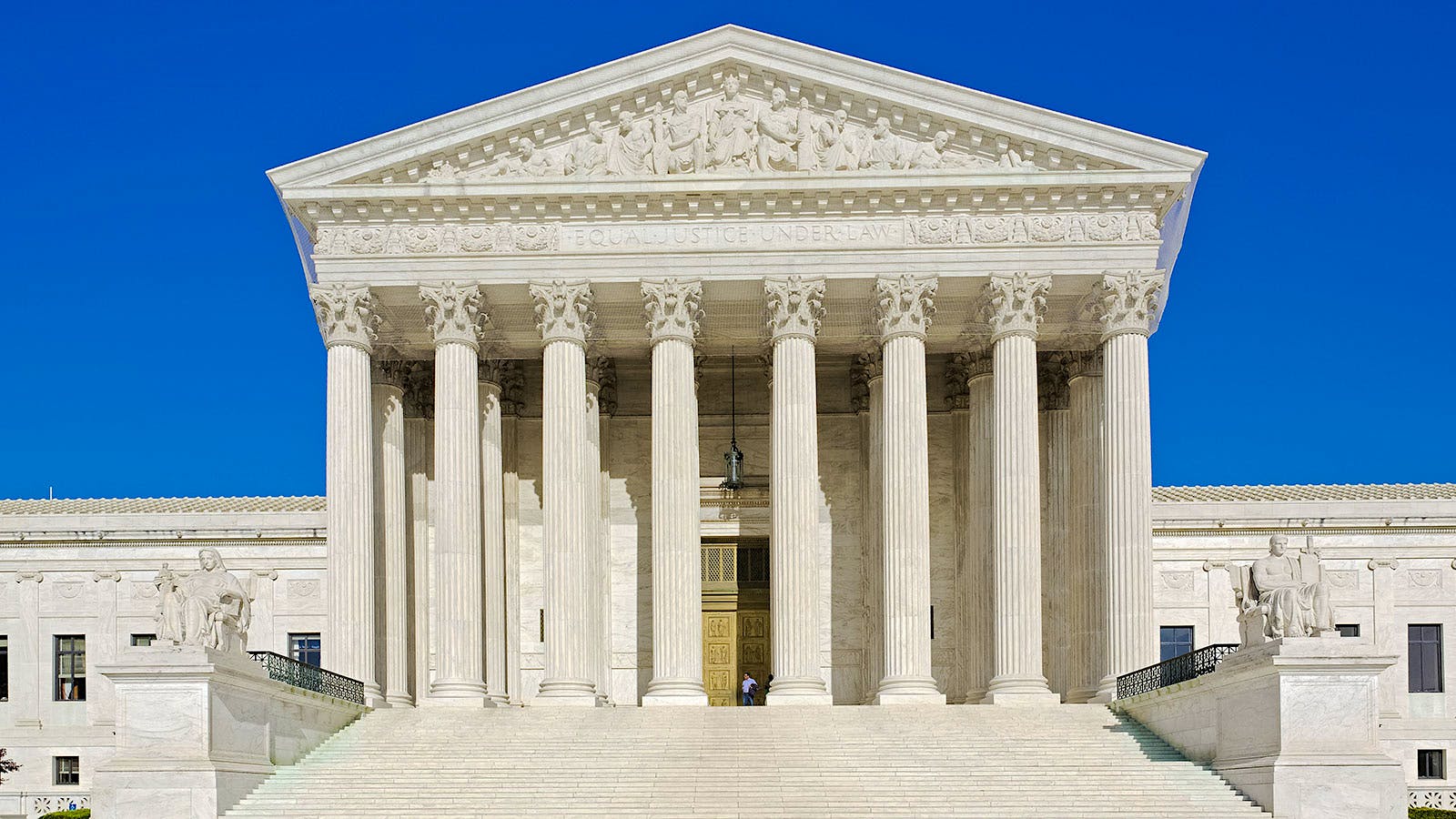 Should wine lovers have the right to buy wine from retailers in other states? The U.S. Supreme Court announced today that it won’t decide—at least not in this session—declining to hear Sarasota Wine Market v. Schmitt. A Supreme Court decision on the case, which challenged Missouri’s law prohibiting out-of-state wine retailers from shipping orders to consumers in Missouri, could have potentially reshaped the U.S. wine sales landscape.

Sarasota is one of several recent challenges to laws prohibiting out-of-state retailer direct shipping. In this particular case, a Florida wine store, Sarasota Wine Market, and Missouri consumers sought to overturn Missouri’s law as unconstitutional, in violation of the Constitution’s Commerce Clause, which forbids states from discriminating against or interfering with interstate commerce.

This past February, the U.S. Court of Appeals for the 8th Circuit ruled against Sarasota’s plaintiffs, determining that Missouri’s out-of-state direct-shipping ban was protected under the 21st Amendment. (The Supreme Court has held that states’ rights granted by the 21st Amendment can preempt the Commerce Clause, for laws enacted to discourage excessive drinking or create an orderly alcohol market.)

Attorneys Alex Tanford and Robert Epstein, who previously worked on Sarasota in the 6th and 8th circuits (and were also lawyers on the landmark Granholm v. Heald decision in 2005), appealed the 8th Circuit decision, filing a petition for writ of certiorari (cert) in June with the Supreme Court.

“[Missouri’s law] is not saved by the 21st Amendment because the ban advances no state interest that could not be served by nondiscriminatory alternatives,” the petition states, referencing several past Supreme Court rulings to demonstrate that the 21st Amendment can, in fact, be limited by the Commerce Clause. This includes Granholm and 2019’s Tennessee Wine and Spirits Retailers Association v. Russell F. Thomas.

In Tennessee, the Supreme Court determined that Tennessee’s residency requirement for alcohol retailers, which prevented anyone who had not lived there for two years from opening a wine store, was not essential to the state’s three-tier system for regulating alcohol sales, and therefore not protected under the 21st Amendment. The court struck down the requirement. The Sarasota plaintiffs argue that the 8th Circuit Court did not effectively consider the Tennessee decision and other cases, and that it didn’t successfully show that Missouri’s ban was essential to its alcohol regulation.

Tanford and Epstein’s petition also notes significant changes in the context of the direct shipping issue since Granholm and Tennessee, specifically the COVID-19 pandemic: “Throughout the country, states are considering how best to balance the need to regulate wine as an alcoholic beverage against the growing demand from consumers for online ordering and home delivery. There has been a surge in online purchases of all kinds of products during the pandemic, and wine is no exception. Challenges to state laws banning direct shipping by out-of-state wine retailers are pending in seven federal courts.”

”Legally, nothing has changed,” said attorney Sean O’Leary, who filed an amicus brief in favor of Sarasota’s plaintiffs in July, on behalf of the National Association of Wine Retailers (NAWR), a trade group that campaigns for the rights of wine merchants to sell across states lines. “What changed in the real world is [that with] COVID, online sales are increasing rapidly, and the legal and safety justifications put forth by states and their wholesaler allies are harder to believe.”

O’Leary and other court watchers believed it was unlikely that the justices would hear the case—only 2.8 percent of cert petitions are granted. But supporters of the Sarasota cert had reason for optimism when the Supreme Court requested that Missouri attorney general Eric Schmitt respond to Tanford and Epstein’s petition petition.

That response was filed Sept. 10. In it, Schmitt argues that the Tennessee decision did not invalidate Missouri’s ban, and that the 8th Circuit Court had successfully applied preceding cases during its deliberations. Citing Granholm, Missouri’s government maintains that the law is imposed “as part of [Missouri’s] tiered distribution system for regulating alcohol shipment and sale within the state—a system this court has recognized as ‘unquestionably legitimate.’”

The response also argues that the law is non-discriminatory because it applies to retailers both within and outside of Missouri, requiring all to maintain licensed, in-state premises. (A similar argument was rejected by the Supreme Court in the Tennessee decision.)

Other members of the alcohol industry opposed the Supreme Court granting cert. John Bodnovich, executive director of trade association American Beverage Licensees (ABL), argued that it would be better for it to give states the opportunity to legislate changes to their shipping laws. “With more than a decade between the ruling in Granholm in 2005 and Tennessee in 2019,” said Bodnovich, “one rational observation is that the Supreme Court understands the importance of giving states time to interpret these important opinions as they relate to their alcohol laws.”

The Wine & Spirits Wholesalers of America (WSWA) shared a similar view. “The proper place to challenge these types of law is in the state legislature, not in the courts,” said a WSWA representative.

Still, while the Supreme Court has decided not to grant cert, this is likely not the last that U.S. courts will hear of wine-shipping laws. This past June, a North Carolina District Court denied summary judgment to plaintiffs wishing to purchase wine from out-of-state retailers. Also in June, the New Jersey State Senate Commerce Committee discussed legislation that would quash the Garden State’s capacity cap limiting direct-to-consumer shipping from wineries, which forbids wineries producing more than 106,000 cases per year from shipping wine direct to New Jersey residents.

“An appeal to the Supreme Court is always a long shot when fewer than 5 percent of all appeals are granted,” said NAWR executive director Tom Wark via email. “Denial of the appeal is not a comment by the court on the merits of the case.”

In terms of retailer shipping, Wark and O’Leary say that there are at least seven other relevant cases currently working their way through the court system. And Wark is confident that at least one of them will eventually “lead to an end to the anti-consumer protectionism that motivates state laws against retailer wine shipping.”