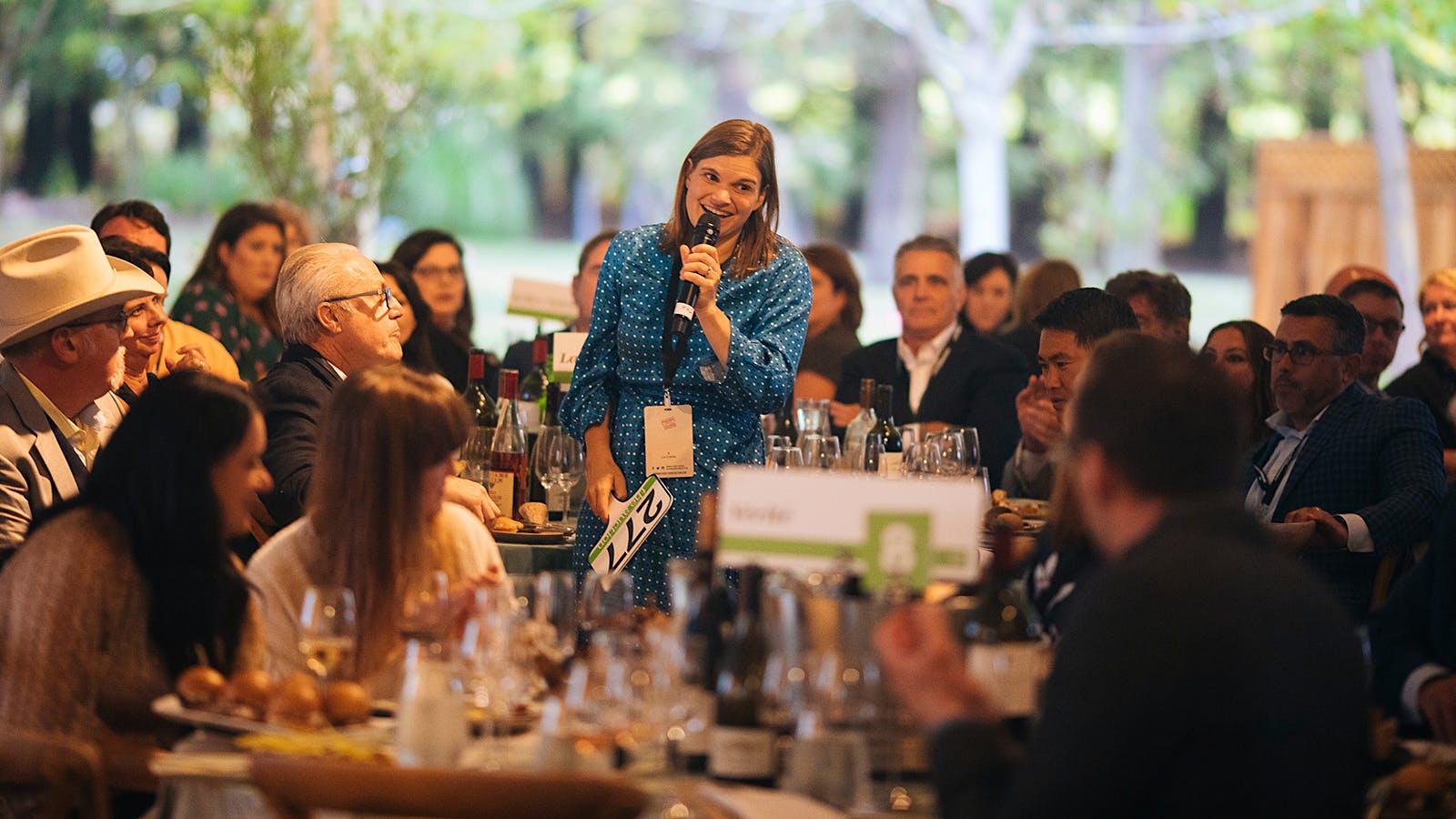 After going virtual in 2020, the Sonoma County Wine Auction took in $1.7 million in a downsized, in-person event over the Sept. 16–18 weekend. One of the top charity auctions in California wine country, the auction has raised $39 million since its inception. “It’s great to see everyone in person instead of a computer screen,” Michael Haney, Sonoma County Vintners Foundation executive director, told the crowd of 200 people under the tent at La Crema Estate at Saralee’s Vineyard.

The live auction’s top lot sold for $140,000 and was purchased by George and Pamela Hamel Jr. of Sonoma Valley’s Hamel Wines. A second attendee later matched the bid for a total of $280,000. The lot included a five-night stay at Jackson Family’s Tuscan estate, Tenuta di Arceno, dinner in a private apartment overlooking Siena’s Piazza del Campo, with a front-row view of the historic horse race Il Palio di Siena, as well as 5 magnums of Vérité.

“It’s an iconic event, and [my wife] loves horses,” Hamel said, adding that more important are the charities benefiting from the auction. “The gap between haves and have-nots has gotten wide. It’s important to level the playing field.”

Other top lots included Bubbles Galore, which sold for $48,000 and included a two-night stay at Domaine Les Crayeres, a luxury hotel in Reims, France, tastings and luncheons at Krug, Dom Pérignon and Ruinart, dinner at Michelin 3-star l’Assiette Champenoise, as well as 6 jeroboams (3-liter bottles) of Champagne and Hamel Family Wines. A Montana Western Adventure lot sold for $37,000 and included a three-night stay for four people at Ranch at Rock Creek, wine dinners, Western-style activities and a case of Foley Family Wines, including Chalk Hill, Ferrari-Carano and Lancaster.

The annual Fund-a-Need lot, which allows dozens of bidders to contribute individual amounts, took in more than $550,000 for children’s education, literacy and other programs. Gallo, Jackson Family and Mary Dewane and Joe Anderson, owners of Benovia winery, opened the bidding with $100,000 contributions. “There’s a lot of need out there, and we feel strongly that our children are our future,” Dewane said.

Speaking to the audience, Dan Kosta of AldenAlli compared the vintners foundation charity work to the old adage about teaching hungry people to fish. “This is an investment for the future, not a Band-Aid.”