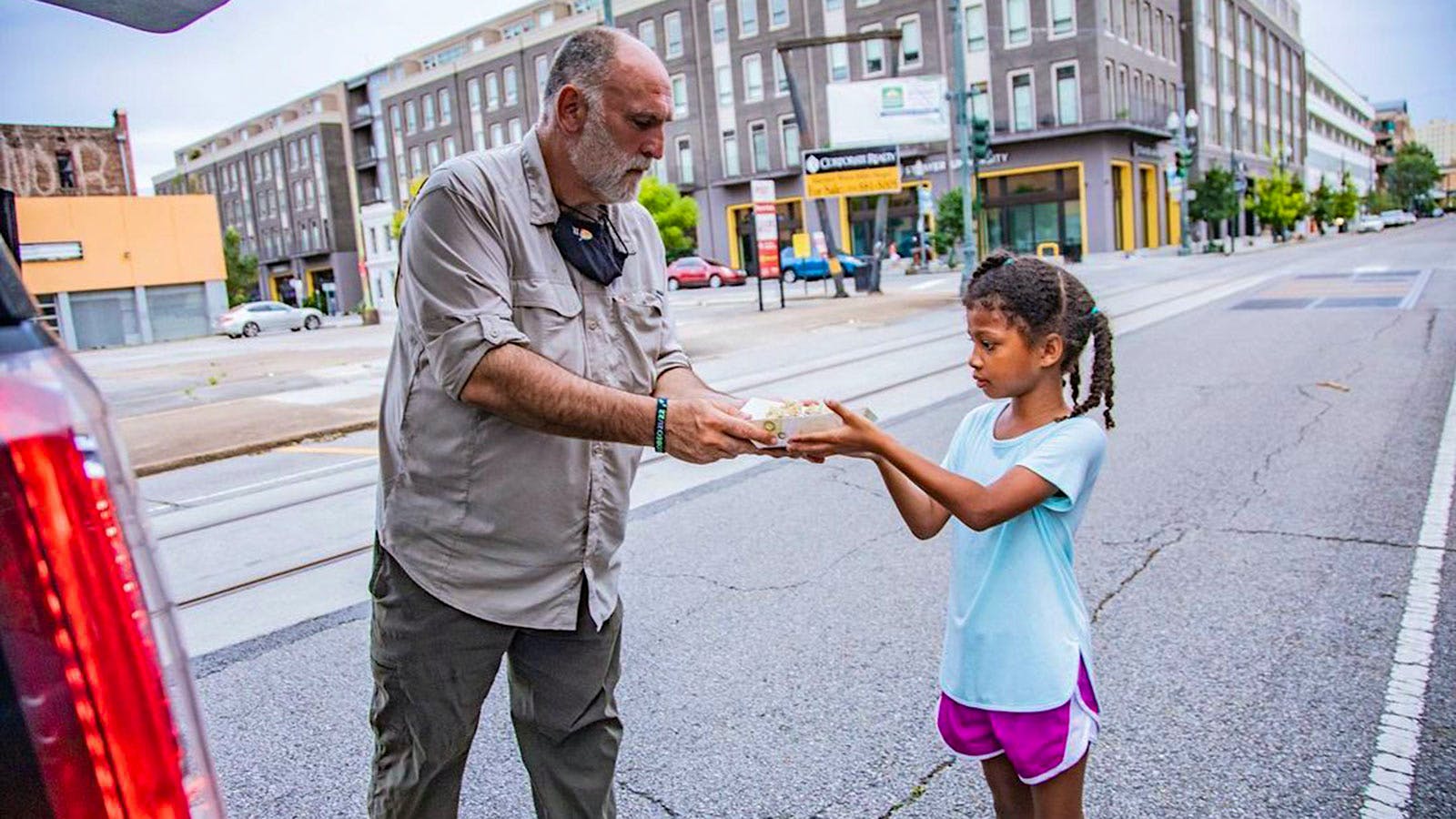 New Orleans restaurateurs felt a mix of relief and despair after Hurricane Ida passed through the city, devastating southern Louisiana and causing widespread damage from the Gulf of Mexico to New England. The city’s protective levee system held during what was the biggest storm to come so close since Hurricane Katrina made landfall 16 years earlier to the day.

But the category 4 storm struck another economic blow on restaurants after more than a year of pandemic-inflicted pain. Business was halted, and chefs were forced to throw away huge amounts of spoiled food after the storm knocked out electricity to the entire city and staffs were scattered by evacuations.

And the damage to other parts of Louisiana, many outside the protective levee system, was unfathomable, with entire communities wiped off the map and people struggling to find food, clean water and shelter. Many chefs decided to put aside their own economic pain and work toward providing relief for their neighbors.

Most restaurants in the city suffered only minor damage—wind-impacted roofs and falling trees caused most of the destruction. The more immediate challenge was the loss of electricity, which took more than a week to restore for most neighborhoods. Ti Martin, co-owner of Wine Spectator Grand Award winner Commander’s Palace, said the old Victorian mansion the restaurant calls home did just fine. Her cousin Lally Brennan and chef Meg Bickford weathered the storm and spent the following week supervising gas runs to Mississippi so they could fuel up restaurant generators and keep the wine cellar from getting too warm.

It was a similar story at Brennan’s, the city’s newest Grand Award winner. Co-owner Ralph Brennan had installed generators after buying the restaurant a few years ago. (As Ida approached, he also shifted his payroll a few days early, so staff would get paid before the storm arrived.) Once the power was out, a skeleton crew tending the French Quarter landmark asked wine director Braithe Tidwell if they could sleep in the cellar, since it was the only comfortable room. “Just keep any empty bottles, so I know what you drank,” she told them.

The day after the storm passed, chef Michael Gulotta of MoPho opened the restaurant patio and turned it into a food bank, giving away his entire inventory—rice noodles, French bread, lemongrass and more—so area residents would have food and it wouldn’t spoil in his refrigerators. At La Boca, an Argentine steak house in the Warehouse District, a small crew used propane grills to prep 150 meals they handed out to anyone who came by. Countless other restaurants did the same.

The week of Labor Day, service gradually returned with limited hours. Most power was back. A nightly curfew was lifted and citizens who were spending the days cleaning their yards of debris and trying to locate insurance adjusters and roofers were delighted to have someplace to dine. But restaurant owners were still faced with hurdles. How would they pay their rent after another big financial loss? How would they restock their kitchens with supply lines snarled? And how would they get their staff back? Hiring was already a huge challenge when the Delta variant began to surge earlier in the summer.

Farther south, in communities like Houma, LaPlace and Grand Isle, the challenges were even greater, and many chefs moved to help. World Central Kitchen, the charity founded by José Andrés, set up camp at Martin’s New Orleans Culinary & Hospitality Institute, a cooking school, and began prepping more than 25,000 meals a day, which they delivered to more than 100 locations throughout the impacted region—sometimes by boat, as local roads were still flooded.

As life began to slowly improve in New Orleans, local chefs Melissa Martin and Nina Compton organized a benefit dinner for the Bayou Fund. Martin, who runs Mosquito Supper Club, grew up in Chauvin, La., and knows the impacted communities. Since she started the Bayou Fund in the days after the storm, it raised nearly $400,000 in just two weeks. The goal is to “put cash in the hands of people in our bayou communities who have lost their homes and livelihoods,” she says.